It is funny that I came across this article. I was actually thinking about writing it today after listening to Romney declare today that President Obama wanted to “take the work out of welfare”. Well it seems Rashad Robinson beat me to it. He says just about everything in the article I wanted to say.

Rashad Robinson is the Executive Director of ColorOfChange. I’ve met him at several Netroot Nation conventions and at Van Jones’ Rebuild the Dream campaign.

From Bachmann to Romney: Coded racial rhetoric is out of control 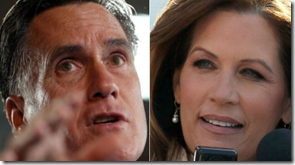 When my father arrived back in the U.S. after his first tour in Vietnam, he had to seek out a bathroom that wasn’t marked “Whites Only.” But in those days, the political rhetoric in the country he had served and protected used race as a tool to openly scare and divide. It hadn’t been that long since political candidates like Strom Thurmond could say with little pushback, “There’s not enough troops in the army to force the Southern people to break down segregation and admit the ‘Nigra’ race into our theaters, into our swimming pools, into our homes, and into our churches.”

Today, most politicians avoid making outright racist statements. But race-baiting rhetoric is alive, well, and shockingly common. Many of our current politicians, including presidential nominees and their supporters, use coded language full of racial undertones to deliver prejudiced messages to segments of the electorate primed to hear them.

Recently, an aide to presidential nominee Mitt Romney made headlines when he told a UK newspaper that President Obama didn’t understand the “Anglo-Saxon heritage” shared by the United States and Britain. This week, Romney compared the strength of the Israeli economy to that of the Palestinian territories’ and concluded that “culture makes all the difference.”

In mid-July, former presidential nominee Michelle Bachmann was reprimanded by the chair of the House Intelligence Committee, as well as Republican leaders like John Boehner and John McCain, for sending a letter to the State Department suggesting that Hillary Clinton’s longtime aide, Huma Abedin, might be part of a network of spies placed in the U.S. government by the Muslim Brotherhood. Her baseless accusations, clearly rooted in racism and Islamophobia, were roundly criticized by members of both parties, leaders of more than 40 religious organizations and the media (including FOX News) – proving that racially-driven attacks are unacceptable to people of integrity from both sides of the political aisle. These statements can also be refuted when they are clearly made.

Yet, that same week, former New Hampshire governor John Sununu told CNN that President Obama needs to “learn how to be an American,” bringing back to the forefront the endless “birther” rhetoric that has permeated the public discourse since Obama’s inauguration. Such underhanded communication needs a more vigilant ear to battle.

Statements like these may not be labeled as overt hate speech, but are still codes using subtle language to evoke a deeply narrow-minded view of race and what it means to be an American. Racial rhetoric, coded or not, sends a message to bigoted voters that these politicians agree with them. There are some people in the U.S. that see American diversity as a threat to “their” country; what are truly attempts to create a more just, equitable society are instead perceived as a threat to such peoples’ values.

From Bachmann to Romney: Coded racial rhetoric is out of control | theGrio