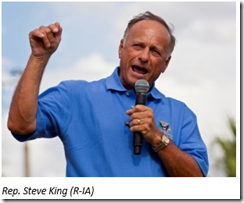 It is a dangerous proposition to speculate especially if one is a government official responsible for policy during massacres. Stereotyping can cause the effecting of policies one can grow ashamed of.

Did we not learn our lesson after creating Japanese war relocation camps during World War II? Did we not learn our lesson after the Oklahoma bombing when many Americans presumed the bomber was of Muslims descent and took out their wrath on Muslims? No white Christian felt dishonor or guilt for who they were; neither did they have to pay a price for Timothy McVeigh’s murderous massacre.  So why should that be a reflection of any immigrant even if it turns out that the bomber was an immigrant?

The answer is simple; racist immoral leaders that prey on the fears of Americans in high times of stress or social and economic instability. Most knew that it would not be long before someone from the far Right Wing brought politics into the Boston Marathon Bombing. It would not be long before the crazies would emerge. Alex Jones claims the FBI was responsible for the bombing. Fox News’ Erik Tweets ‘ Kill All Muslims’ immediately after the bombing. Westboro hate group blames the bombing on same sex marriage.

It is expected that one would hear the former from the nuts that inhabit that spectrum. When an elected official in times of crisis, stress, or instability uses an event to further destabilize, or to attempt to create a wedge, that politician must be called out for what he is. In the case of Tea Party Congressman Steve King (R-IA), the man is a racist, anti-immigrant specimen that is a disgrace to the country. Think Progress reports the following:

On Tuesday, less than 24 hours after the Boston Marathon bombing that left three dead and more than 150 injured, King gave an interview to National Review Online where he used the attack to justify his opposition to immigration reform.

Representative Steve King of Iowa, a prominent House conservative, says Congress should be cautious about rushing immigration reform, especially after Monday’s bombing in Boston, where three people were killed.

“Some of the speculation that has come out is that yes, it was a foreign national and, speculating here, that it was potentially a person on a student visa,” King says. “If that’s the case, then we need to take a look at the big picture.”

On immigration, King says national security should be the focus now, and any talk about a path to legalization should be put on hold. “We need to be ever vigilant,” he says. “We need to go far deeper into our border crossings. . . .We need to take a look at the visa-waiver program and wonder what we’re doing. If we can’t background check people that are coming from Saudi Arabia, how do we think we are going to background check the 11 to 20 million people that are here from who knows where.”

King has been a vocal opponent of immigration reform and at times has made rather racist and insensitive comments about immigrants. This Congressman’s behavior which tends to create angst within different American groups should be censured. His actions are detrimental to the fabric of this nation.