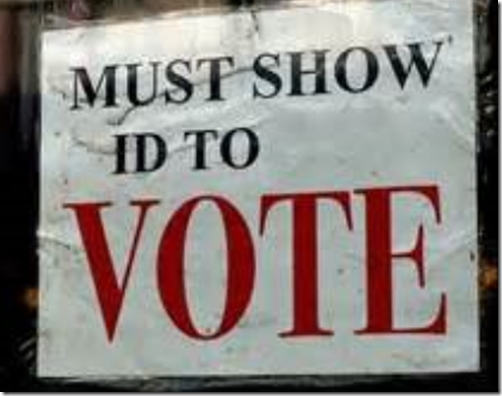 Harrisburg, PA – Pennsylvania’s voter ID law goes to court again on Monday, the first day of a trial seeking to permanently overturn the law after it was temporarily put on hold before last year’s presidential elections and this year’s primary. Attorneys will present new and ongoing evidence to the Commonwealth Court showing that, 16 months after Pennsylvania passed the law, it remains abundantly clear that it cannot be implemented without disenfranchising hundreds of thousands of voters. The trial is expected to last two weeks. Co-counsel from the ACLU of Pennsylvania, Advancement Project, Public Interest Law Center of Philadelphia, and the Washington, D.C. law firm of Arnold & Porter LLP will present evidence of the following:

· The number of Pennsylvania voters without voter ID remains unconscionably large. Regardless of who analyzes it or how it is analyzed, the number of registered voters without the ID required to vote is in the hundreds of thousands.

· Since the voter ID law’s passage 16 months ago, the Commonwealth has issued fewer than 17,000 free IDs for voting, far short of the hundreds of thousands needed. Since the November 2012 election, the issuance of voter IDs has dropped to a rate of about 100 per month. There is no basis to believe the gap will ever be closed.

· The Commonwealth has failed to make ID cards easily available. Free voter ID is obtainable only at Pennsylvania Department of Transportation (PennDOT) Driver’s License Centers, on certain days, often with limited hours. Just 71 centers issue IDs, and nine counties do not have centers that provide ID at all. By comparison, Pennsylvania’s 9,300 polling places are convenient for all voters.

· While the Commonwealth claims the new Department of State voter ID (DOS ID) is now “liberally” available, the Commonwealth has distributed virtually no information to the public about how to obtain a DOS ID:  what it is, where to get it, or that you can obtain a DOS ID even if PennDOT has refused you an ID in the past. Many voters have been turned away from PennDOT without a DOS ID when they have tried to get one.

· Commonwealth officials purposely restricted the kinds of IDs that are acceptable for voting. Pennsylvania’s law requires ID to have an expiration date and be unexpired – restrictions that the Department of State recognized as wholly unnecessary to the law’s supposed purpose of having voters prove who they are. Yet the General Assembly insisted on expiration date requirements, eliminating common forms of photo ID such as some student IDs, veterans IDs, certain military IDs, driver’s licenses and PennDOT IDs expired for more than one year, and most Commonwealth employee IDs. This serves only to limit who can vote.

· Unlike other states where photo ID laws have been upheld, Pennsylvania tightly restricts who can vote absentee and provides no safety net to allow people to vote on Election Day if they cannot obtain ID.

“The right to vote is the most fundamental right on which all other rights depend,” said Arnold & Porter LLP attorney Michael A. Rubin. “It is expressly guaranteed by two different Pennsylvania Constitutional provisions, and no power may infringe that right. The photo ID law imposes a new requirement that hundreds of thousands cannot meet at all, or can meet only with severe burden. This law violates the right to vote and cannot stand.”

“Pennsylvania’s photo ID law disproportionately burdens the Commonwealth’s most vulnerable voters, who are most likely to lack the required ID and more likely to have trouble getting it,” said Advancement Project Co-Director Penda D. Hair. “With a discriminatory impact that extends to the elderly, the disabled, students, low-income voters, people of color and non-English speakers, this law must be permanently enjoined.”

“Pennsylvania cannot justify the voter ID law because the ill it was designed to cure, in-person voter fraud, is virtually non-existent,” said Reggie Shuford, the ACLU of Pennsylvania’s executive director. “On the other hand, this cure for a non-existent problem is highly toxic, unnecessarily killing huge numbers of citizens’ right to vote.”

“The Commonwealth has consistently done too little, too late to help people get identification for voting,” said Public Interest Law Center of Philadelphia Executive Director Jennifer Clarke. “Each time we approach a new trial, they make promises about new measures that they will take – and each time they fall short. Future promises are not a basis to protect the most fundamental of rights.”