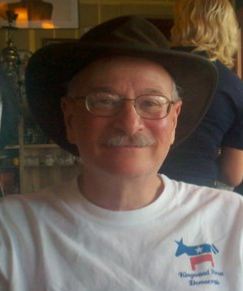 Now that the can has been kicked down the road and our Federal government is back in business, those of us with a sense of humor can look back on all the angst caused by this manufactured crisis. We can laugh at some of the silliness, and shake our heads in amazement at other outrageous acts.

I laughed when I saw TV talking heads comparing the shutdown to “bunny sex”. I laughed when I saw grumpy Ted Cruz attempt to mimic congenial Wendy Davis and raise his profile by filibuster. He should have worn pink sneakers. I chuckled when I saw a woman grab the microphone in the House of Representatives and rant about Jesus and Freemasons. I was appalled when I saw the video of Texas Congressman Randy Neugebauer bullying a park service employee who was guarding a war memorial in D.C. His behavior was so vile that he was forced to rush out an apology when the video went viral.

I shook my head in amazement when the tea party Republicans manufactured this crisis. They picked a fight they could not possibly win, dug in their heels, and decided they would rather destroy our economy than use reasonable methods to make their case. In effect they declared themselves modern day anarchists, willing to destroy our economy and system of government whenever they disagree with the actions of the majority of the voters and the Legislative, Judicial, and Executive branches.

Of all the drama and comedy to come out of this episode, the most disturbing was the sight of our own Senator Ted Cruz, along with Sarah Palin, giving a speech in front of the WW2 Memorial to a crowd that featured Confederate flags and bigoted signs. The crowd then went on to vandalize the security barricades. One of the other speakers called on the crowd to “demand that this president leave town, to get up, to put the Quran down, to get up off his knees, and to figuratively come out with his hands up”. All Cruz accomplished was to embarrassingly associate himself with a bunch of ignorant bigots.