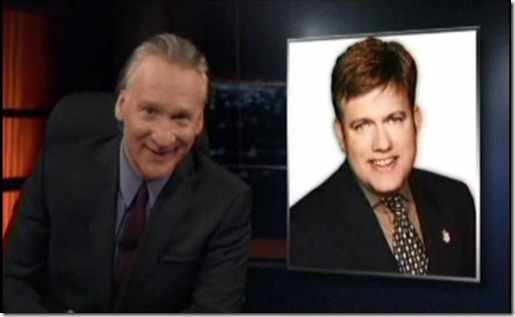 Bill Maher had a lesson in language and wordsmith that should be heeded. The reality is those that have been trying to provide Americans with fact based information in the aggregate have failed. Why is that the case? It is because of the deceptive use of language. The essence of communicating  one's thought is the effective use of language.

Drew Westen laid much of this out in his book, ‘The Political Brain’. So did Thomas Frank in his book ‘What’s the Matter with Kansas?”. In effect it is not enough to be right. One cannot simply provide a fact based message and expect it to reach everyone. The messenger must be trustworthy to those they are attempting to persuade.

Unfortunately in today’s America many institutions of trust have allowed themselves to be coerced into the wordsmith bad behavior. Where were they during the ‘takers versus makers’ debate? They have been coerced into positions anathema to their central tenet.  This is clear with certain religions embrace supply side economics and laissez faire capitalism at the detriment of their followers. Cardinal Timothy Dolan is a classic example of this failure that Pope Francis has been trying to address.

Bill Maher’s piece below may be somewhat caustic to some.  That said, it is the essence of how language has been used to sell corrupt positions. Government takeover of healthcare was never true. Throwing grandma under the bus was never true. Death panels were never true. Fact based informers must also learn the art of language and the wordsmith game.

For decades now liberals pushed the issue of assisted suicide and it got nowhere. Then they started to call it aid in dying and its approval shot up 20 points and it is now legal in five states. … That’s the power of language. …

That success and the success the Democrats had rebranding gay marriage as marriage equality means they’ve finally caught on to what Republicans learned a long time ago from their guru on words, … Frank Luntz. Frank is the genius Right Wing wordsmith who taught Republicans instead of saying ‘estate tax’, say ‘death tax’. Instead of saying poor people, say the takers. … What Democrats need to do is start out-Luntzing the Republicans on all the issues.

Being a Republican means starting with a bedrock principle like rich people shouldn’t pay taxes… and then figuring out how to sell it to low information voters otherwise known as Americans. Did I say don’t tax rich people? I meant encourage the job creators. Did I say don’t let Black people vote? I meant clamp down on voter fraud. …

Republicans are always confident they can move the needle on any issue because, ‘A’, they know they have the right words to make the hamster hit the pedal. … ‘B’, they have the discipline with those words.

Perhaps you noticed how everyone on the Right universally decided at the exact same moment that Obama’s ‘weakness’ is what ‘emboldened Putin to take Crimea. At that’s not a matter of great minds thinking alike because for that you would need great minds. …

That’s because once the word is decided on, every single Republican from the presidential contenders on down to the feces throwers on hate radio … all chant it like rain man over and over until it is beaten into our skull. … Now I have no hope that Democrats will ever get that organized. But they could at least keep up the winning streak in the word game.

Starting with liberals must stop saying they believe in climate change. Or believe in evolution. Evolution is. … I don’t believe that water boils at 212 degrees. That’s how hot it is when it happens. It’s not ideology, it is soup. …

Most of all, just remember, you win the word game, you win the issue. Jesus was for feeding the poor. Rename food stamps, ‘Christ coupons’. … Marijuana legalization should be called, ‘creating green jobs’. … And solar energy has always sounded way too gay for rednecks. Instead say, invade the sun and takes its oil.