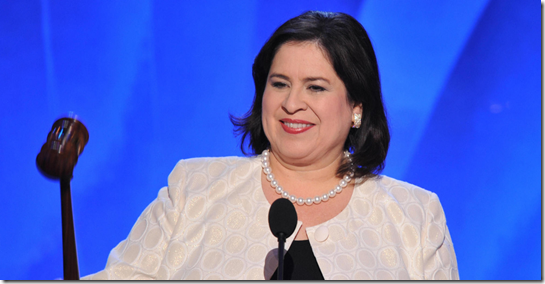 Senator Leticia van de Putte told Texas Progressive bloggers that she is culminating her 9 day 16 city bus tour. She said earlier in her trip she met with Houston Area bloggers. Blogger Stace Medellin wrote about that event at Dos Centavos.

Leticia van de Putte said she needs to get home to do some washing. That was kind of touching. A woman running for Lieutenant Governor of the great state of Texas is still thinking about taking care of home as she campaigns throughout the state.

Leticia van de Putte said as she traveled throughout Texas she spent most of the time listening. She said people on the border were insulted by the rhetoric used by Dan Patrick. She said people in West Texas were concerned that it took so long for officials to realize that the water situation left them in dire straits.

A blogger asked how she intended to attract Republicans. She said simply concentrating on education, transportation, and other specific issues that interests all. She said many Republicans are telling her they do not know what has happened to the GOP. They said they are not Democrats but they want solutions and will be supporting her.

I asked Leticia van de Putte what was her position on the Affordable Care Act (Obamacare). Republican Governor Rick Perry has left over one million Texans uninsured with his refusal to accept the Medicaid expansion to Obamacare. I asked her if she would be running away from the topic. “We are Texas,” Leticia van de Putte said. “We do not shy away from anything. And your leaders should not shy away from anything even if it is a challenge.”

Leticia van de Putte went on to say that the business community has been begging the governor to accept Medicaid expansion. She said when Rick Perry refused to expand Medicaid, he said no to 200,000 jobs, 68,000 veterans, and over 4 billion dollars the state has already paid in taxes to the federal government. She said other conservative governors sat down with the administration for a solution. Texas should be able to do the same.