President Obama gave a hell of a speech at the 2015 National Prayer Breakfast. Actually it was not a speech. It was a sermon. Those fortunate to see the speech witnessed President Obama as Preacher in Chief. Watch the video above it is very moving and seemingly sincere.

It was not long after the speech that the Right Wing pundits started hyperventilating. Tucker Carlson claimed the President was telling Christians they had no right to judge ISIS as they also have blood on their hands. Likely GOP Primary Presidential candidate Ben Carson said he felt betrayed by the President. Michelle Malkin tweeted “ISIS chops off heads, incinerates hostages, kills gays, enslaves girls. Obama: Blame the Crusades.”

Many are concentrating on an inconvenient truth that the President laid out in a few words.“Unless we get on our high horse and think this is unique to some other place," Obama said. "Remember that during the Crusades and the Inquisition, people committed terrible deeds in the name of Christ. In our home country, slavery and Jim Crow all too often was justified in the name of Christ.”

Those evangelical leaders, Republican pundits, and GOP presidential candidates have been fostering hate as they attempted to force the President to equate Islam with the atrocities perpetrated in its name. The President understands that it is the people perpetrating the heinous acts and not the religion that must be condemned.

The President was rather kind by not articulating the fact that similar heinous behavior in our country is less than just a few centuries and decades past. Isolated heinous acts are less than a few months in our past. 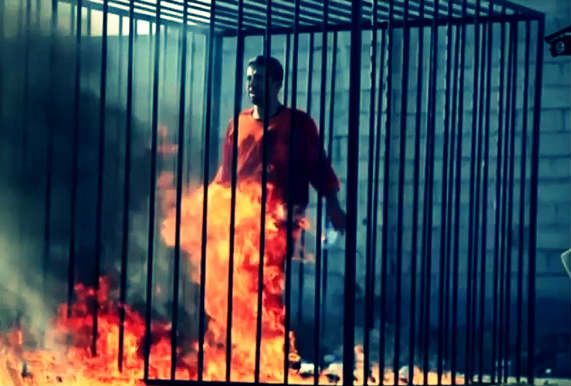 For those who think that the murderous filming and burning of another human being is beneath anything Americans would do, DailyKOS chaunceydevega reminds us otherwise. Writer/blogger Elisabeth Parker also reminds us in her most prescient post. 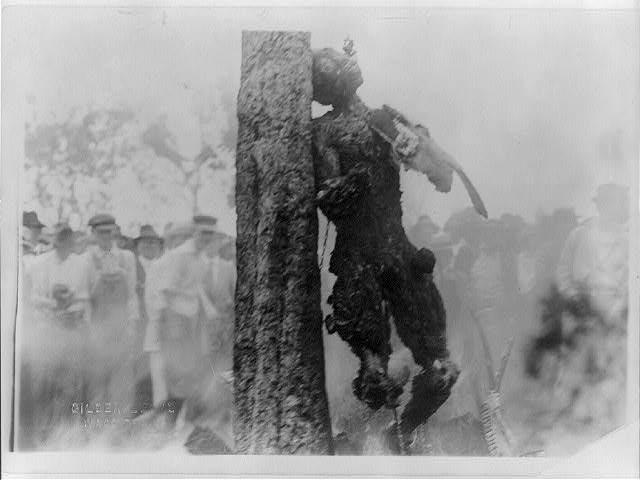 In 1916 — less than 100 years ago in Waco, Texas– a black man named Jesse Washington was lynched and burned alive in a gruesome ritualistic murder by white racists. His crime? Local whites accused Washington of raping and murdering a white woman with no evidence or witnesses other than the “confession” he signed after a prolonged interrogation.

Nor was this an isolated case According to History Matters , whites brutally lynched over 5,000 African-Americans between 1882 and 1964.

The history President Obama, Elisabeth Parker, and chaunceydevega articulated is well-known or should be well known to the hyperventilating evangelical leaders and Republican pundits. Their fear isn't that the President is continuously telling the inconvenient truth. The fear is that the people these evangelical leaders have been filling with hate towards the President and to liberals by extension, will see the truth not only about the past but about the sincerity of his call for true reconciliation on all counts. If they cannot divide and concur, they are left with nothing but an immoral and evil ideology of hate that accomplishes nothing good for any Americans irrespective of social status, religion, race, creed, ethnicity, or gender.