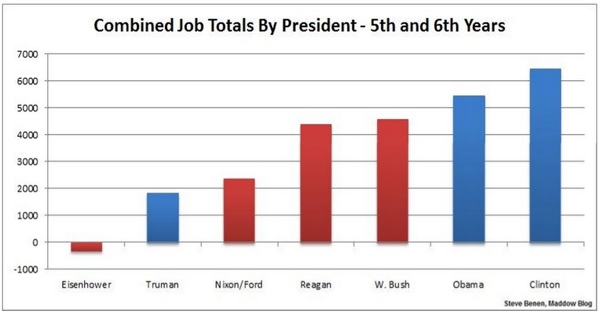 "What does it mean for President Obama's record on job creation and his legacy as President during the economic recovery," Chris Hayes asked. "President Obama is approaching Clinton territory which is of course a big deal."

It seems President Obama feels sufficiently convinced that the economy is in a sustainable upward swing. He is touting his job creation numbers with more fervor.

"All told after the past 59 months," President Obama said. "The private sector has added about eleven million, point eight, so that's almost twelve million new jobs. And that's the longest streak of private sector job growth in our history."

Chris Hayes pointed out that the attacks from the Right that continue to characterize the Obama economy as a part-time economy is provably false. The chart by FiveThirtyEight.com provides ample evidence. 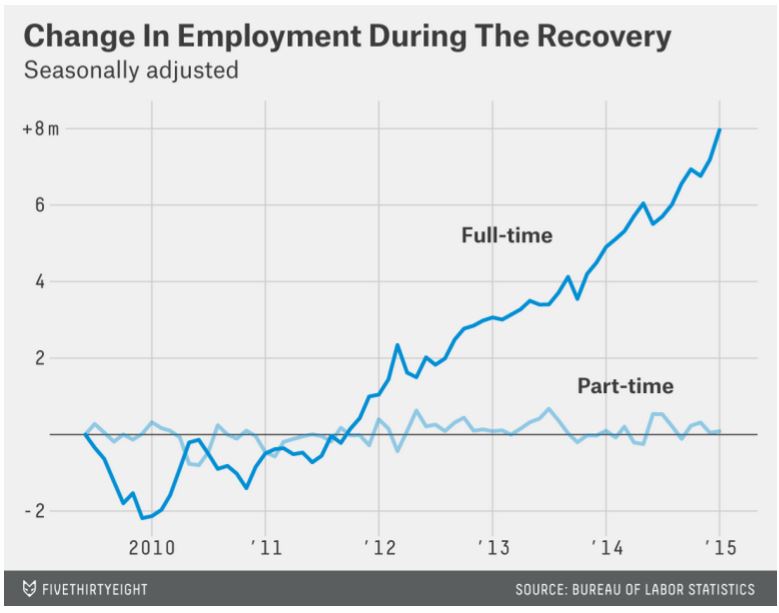 The January Jobs report also shows that higher paying jobs are starting to come back as well.

More good jobs: Retail and hotel jobs are mostly fairly low-paying. But higher-paying sectors also showed good growth in January. The construction sector added 39,000 jobs, manufacturers added 22,000, and the professional and business services sector added 39,000. (And for once, the growth in professional and business services wasn’t driven by temporary hiring, which actually declined.) Moreover, recent job growth has been almost entirely in full-time jobs. Among those who are working part time, fewer are doing so involuntarily. 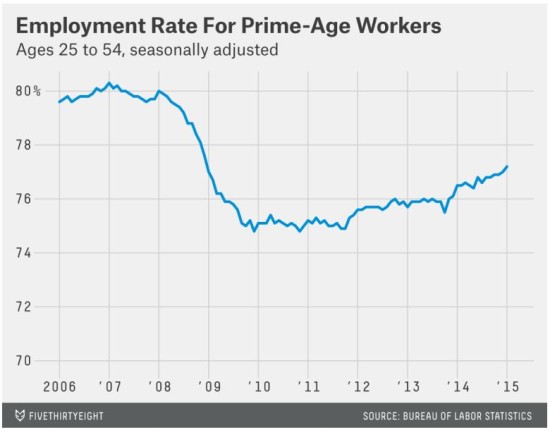 Chris Hayes in the video above points out the biggest problem with the recovery. It is a problem not only of this recovery but on the economy over the last thirty years. Trickle-down economics have given us an income and wealth disparity on the scale of the disparity preceding the 1929 Great Depression. Most of the gains in the recovery have gone to the select few at the top.

Former Secretary of Labor Professor Robert Reich acknowledged that the economy is doing well albeit not as well as it could because of structural problems. He agreed with Chris Hayes that absent the Tea Party austerity Congress, things would have been much better. Robert Reich also pointed out that Republicans claimed the Affordable Care Act (Obamacare) would be a job killer. The reality is that it has not. It turns out it has helped create jobs.

America now awaits middle-class economics. The income and wealth disparity portion of the economy can only be solved then.