I just found this blog ascending at DailyKOS and had to repost it here. More white people who have seen these experiences through their own eyes must follow MiAtheistGal's lead. Write about. Spread it on Facebook and throughout your social media and sphere of influence.

One of the problems is that many white people genuinely cannot fathom the constancy of the 'unseen' or 'hidden' oppression afflicted on people of color from police officers and from the general American power structure in general. Everyone including the aggrieved go on. The pain is internalized as one learns to disregard it.

Many think that most complaints are invalid. As such personal stories make a difference. Even Jon Stewart's eyes was so opened by an incident he experienced, he did a piece on it on the DailyShow. I had my own experience where I was so surprised of the positive treatment from an officer that I blogged it for which the officer received a commendation. 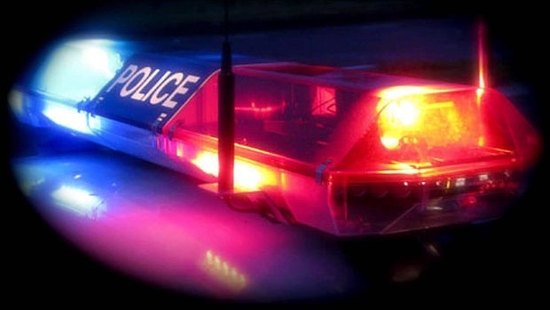 This story explains the moment the light bulb went on for me regarding people of color and their interactions with police. Up until the incident detailed below, I'd lived my life as though we were all treated fairly by those in power. What the hell did I know at that point in life?  I was 18.

But let me start at the beginning. By the time I graduated high school at 17, I'd been pulled over by the police twice, both times for speeding. Both incidents went something like this:

Officer: Do you know why I pulled you over?
Me: Ummm...
Officer: You were speeding, Miss. Can I get your license, registration, and proof of insurance?
Me: I hand over requested info, officer runs everything, then comes back to the car.
Officer: You have no priors, so just slow it down, and wear that seatbelt, ok?  You're too pretty to lose in a car accident.Yes, the officer really gave me a verbal warning about speeding (13 mph over the limit in one case) as well as the possible additional seatbelt infraction.  And notice he called me 'Miss', which really did happen both times I was pulled over. I thought all traffic stops went like my experiences. Boy was I shown another world when I was pulled over a few months after high school ended.

I was living with a friend who is Mexican-American. He was born in the U.S. and so were his parents. He grew up in El Paso and moved to Michigan a few years before I met him. When he saved up and bought a new pre-owned car, he was very proud of it. Shortly after he purchased the car, he arrived home after his second shift job and asked if I wanted to go grab some food and go for a ride. He was always looking for reasons to run an errand in his new car.

We hopped in his car and grabbed some takeout, deciding to go home and eat.  It was during this drive home that my perspective changed forever.

We were just pulling up the curb of our duplex in a nice neighborhood. Our landlords lived on the other side of the duplex, an old Victorian style home they had converted. Suddenly, the blue and red flashing lights that gives everyone butterflies in their stomachs went on behind us.

My friend, Manny, looked petrified and turned to me.  "Stay calm, and don't be nervous," more as if he were telling himself that instead of me.  At this point, I'm thinking, What's the big deal?  It's just a cop, and we aren't doing anything wrong.  Silly me, I didn't realize that white people traffic stops differed greatly from POC traffic stops.

Two officers emerged from the patrol car, one coming to each window. That had never happened to me before.  The officer on the driver's side asked for Manny's license and registration. He handed it over. Neither officer at this point had told us why we'd been pulled over, even when I asked.

One officer ran the information while the other stood outside my car window, like he was guarding us. We must have looked suspicious, being in a nice neighborhood and all, I guess. Finally the first officer came back to the window and said Manny didn't have any plates on the car, even though the officer had the temporary registration in his hand.

Except we did have plates, at least the temporary ones you get when you buy a car from a dealer. When I pointed out that the temp plate was taped to the inside of the slightly tinted rear window, the officer on the driver's side told us we needed to exit the vehicle. I'd never been asked before (or since) to exit the vehicle during a traffic stop.

We complied with the officer's request, and stood on the side of the road, while they peered into the car, using flashlights to look around. They patted Manny down, even though he'd done nothing wrong.

When I started to shake from the chill of a late night in October and asked to go inside my house, which we were in front of, the officer standing nearby told me it wasn't that cold and to just shut up.  So much for being called 'Miss', like prior stops.

I realize now they were looking for any reason to arrest Manny, since being in the 'wrong' neighborhood isn't actually against any law.  I realize now that Manny had been targeted, probably as we drove through town on our way back from picking up food. I'm surprised they didn't break a taillight out, just for a reason to ticket Manny, but I chalk that up to small city cops thinking they had Manny on driving with no plates, not realizing he did have a plate.

After what seemed like forever, they let us both go, but it was an agonizing 40 minutes of embarrassment, nerves and fear. After all, we were pulled over and detained in our neighborhood, in front of our own home, with our neighbors and landlords watching, having been awoken by the flashing lights.  And neither of us had done one thing wrong.

That moment changed the way I thought about how people of color are treated by police and others in positions of authority, whether that's a teacher in school, or a judge in court. There is a difference, and that 18 year old girl noticed it right away during this interaction with police. Manny and I were treated like criminals for no reason, as we hadn't broken any laws.

Let me be clear, I know my small glimpse into how people of color are treated by police is nothing compared to what they experience every damn day. I do not know how it feels to be targeted by police every time I leave my house. But I can understand that there is a bias, one that I'm ready and willing to fight.  This has got to stop.

And, even as I write this, I have to wonder how this story would have ended if it had taken place in 2015 and not 1995. And that thought scares me, because of Sandra Bland, John Crawford, Tamir Rice, Michael Brown, and so many other names that it's sickening.

Please give her article a recommend at DailyKOS.