Will Bernie Sanders get taken seriously now that he leads in New Hampshire? 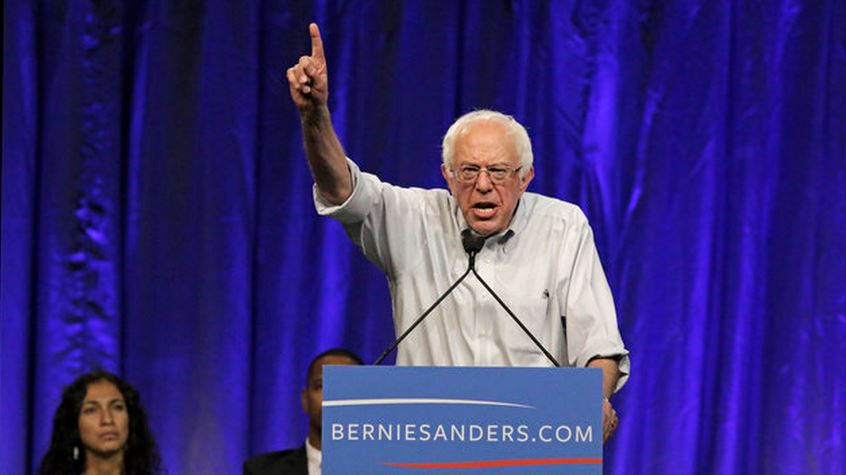 Mahatma Gandhi said, "First they ignore you, then they laugh at you, then they fight you, then you win." Bernie Sanders has been taken for granted by the politicos, the pundits, and the corporate traditional mainstream media. He had north of 5,000 attend his event in Houston, 8,000 in Dallas, 10,000 in Madison, 15,000 in Seattle, 28,000 in Portland, and 27,500 in Los Angeles. Altogether over 100,000 people have come to recent Bernie Sanders rallies since he launched his campaign three months ago.

The Bernie Sanders surge is real. It seems his campaign is in fact gaining traction. He now leads Hillary Clinton in New Hampshire by a substantial margin per the Franklin Pierce Boston Herald poll.

These results are based on a recent Franklin Pierce University / Boston Herald Poll conducted by RKM Research and Communications, August 7-10, 2015. The survey is based on responses from 442 randomly selected likely Democratic presidential primary voters. Interviews were conducted by landline and cellular telephone. The sampling margin of error is +/- 4.7 percent. 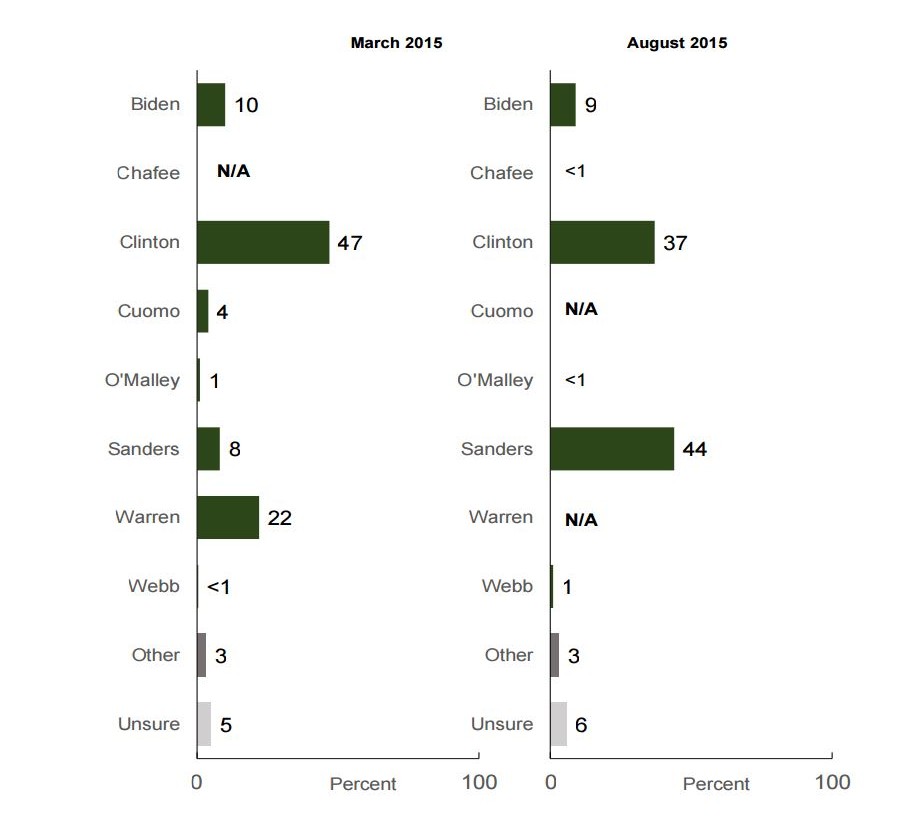 Voters were asked who they would vote for if the Democratic presidential primary were held today. The results indicate that Bernie Sanders has overtaken Hillary Clinton in the contest. Currently, he would receive 44 percent of the vote, compared to 37 percent for Clintoon and nine percent for Biden.

Inasmuch as the hearts of many are with Bernie Sanders, most still do not believe he will win the Democratic Primary or can win the Presidency of the United States. As more and more Americans allow themselves to extricate the indoctrination within their minds, the possibility of any viable candidate winning will change that view. At that point one can choose a candidate based on the policies that best fit their reality.