Repealing Obamacare by going back to the past 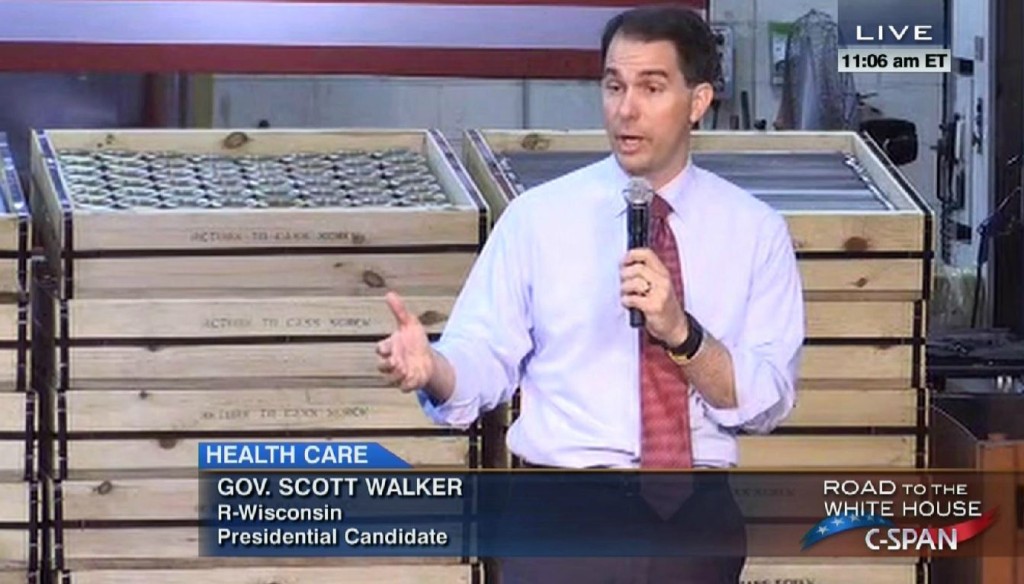 Anyone who wants to understand why Donald Trump is doing so well just need to realize an important fact. One can be a Right Wing ideologue but at the same time still want to maintain their government giveaways. Donald Trump is promising not to mess with Social Security and while he does not want Obamacare (wink, wink), he once supported Medicare for All (single payer). Americans have a canny ability to not overtly vote their subsidies away. It is the reason why George W Bush was unable to spend his '2004 political capital' to privatize Social Security.

This week Paul Krugman explained how the Plutocrats funding the GOP cart of characters are giving legs, at least in the short term, to Donald Trump, another Plutocrat. The same mistake the candidates are making as they talk about ending Social Security as we know it is being replicated with Obamacare.

Well that is too bad. Scott Walker wants to take us back to the past. He has released his new proposal to repeal and replace Obamacare. Unfortunately he is replacing it with all of the ills of the past. All the protections Obamacare forced all insurance companies to provide to all the insured would be gone. Rescission would be back. Insurance caps would be back. Unaffordable insurance or no insurance for those with preexisting conditions would be back.

When Alan Grayson made his epic speech on the Floor of the House of Representatives, Republicans were upset. If the Republican plan released by Scott Walker were to be effected, Congressman Alan Grayson's words will reverberate again. Listen and remember well.

The bleak days of lousy insurance was not that long ago. Let us ensure it stays in the past. Your vote matters.