I have been at restaurants, public events, concerts, etc. where at any given time the behavior or speaking volume or shouting of the attendees were not to my liking. I have even complained at times requesting someone ask them to tone down. I have never seen an incident like this however. A book club comprised of 10 Black women was asked  to leave The Napa Valley Wine Train when one white woman complained about the noise they were making.

Lisa Renee Johnson chronicled the event on her Facebook page. I story boarded it neatly to show the gradation of utter pain and justifiable controlled anger and coping. 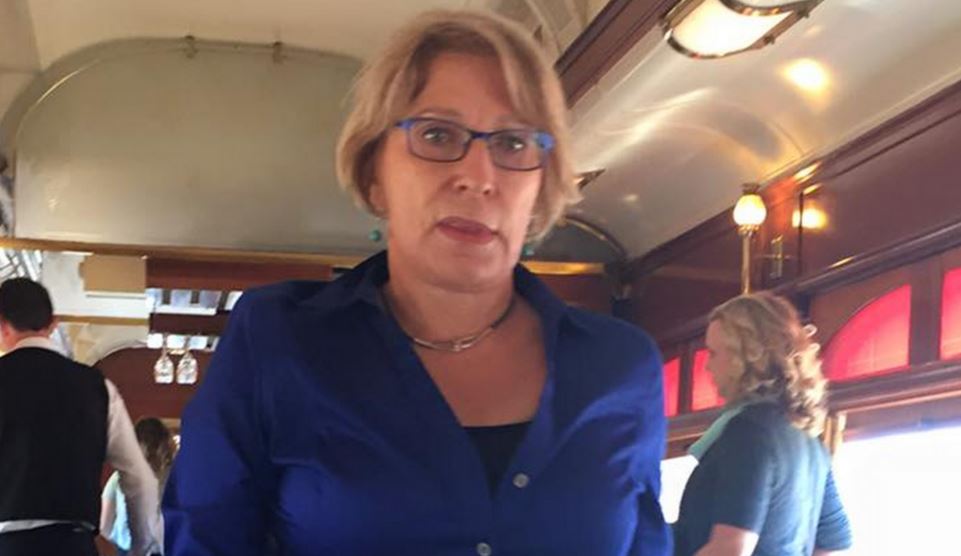 Facebook Family, we have a problem! We sipped wine, enjoyed each other's company but our trip is being cut short...this women said our laughter annoyed her because this is "not a bar"... We are a group of 12...if we all laugh at the same time it's loud! When we get to St. Helena they are putting us off the train. 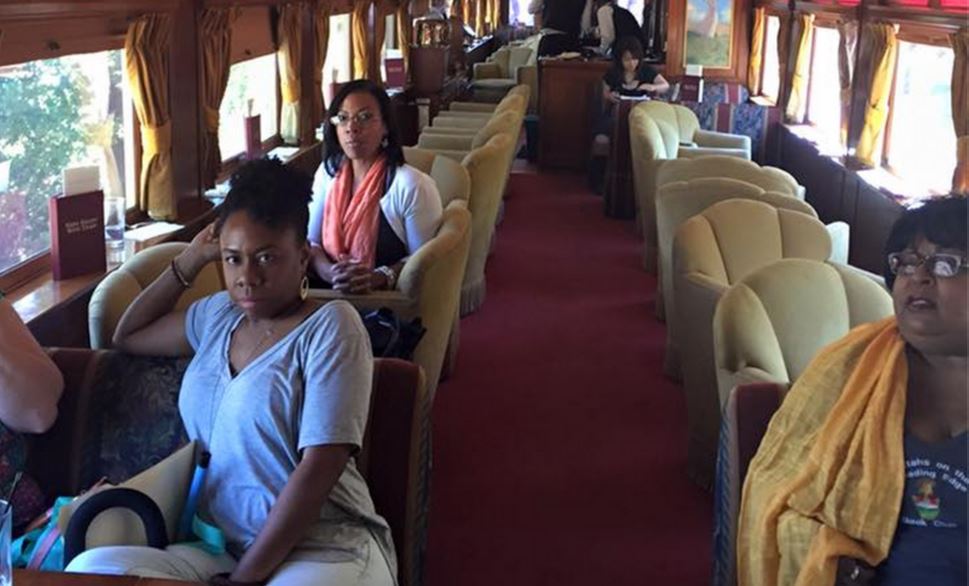 The car is not that big...we're in purgatory....waiting for our escort off the train... 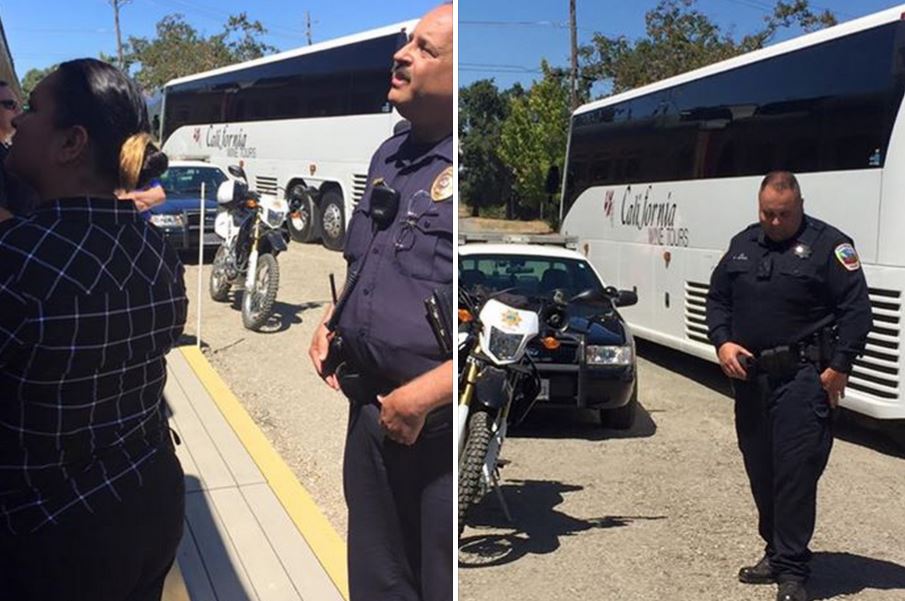 WOW! They paraded us through 6 cars and none of us are even drunk...the police were waiting 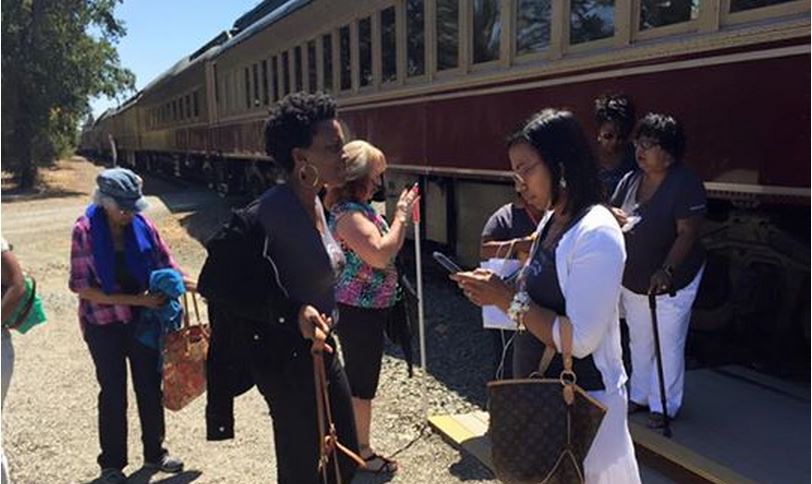 We are standing in the dirt and the train is leaving... 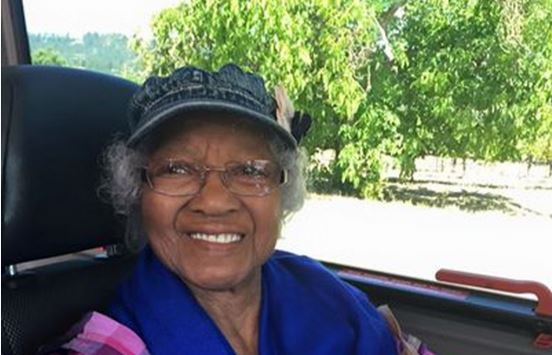 How can you kick her off the train for being too loud???? 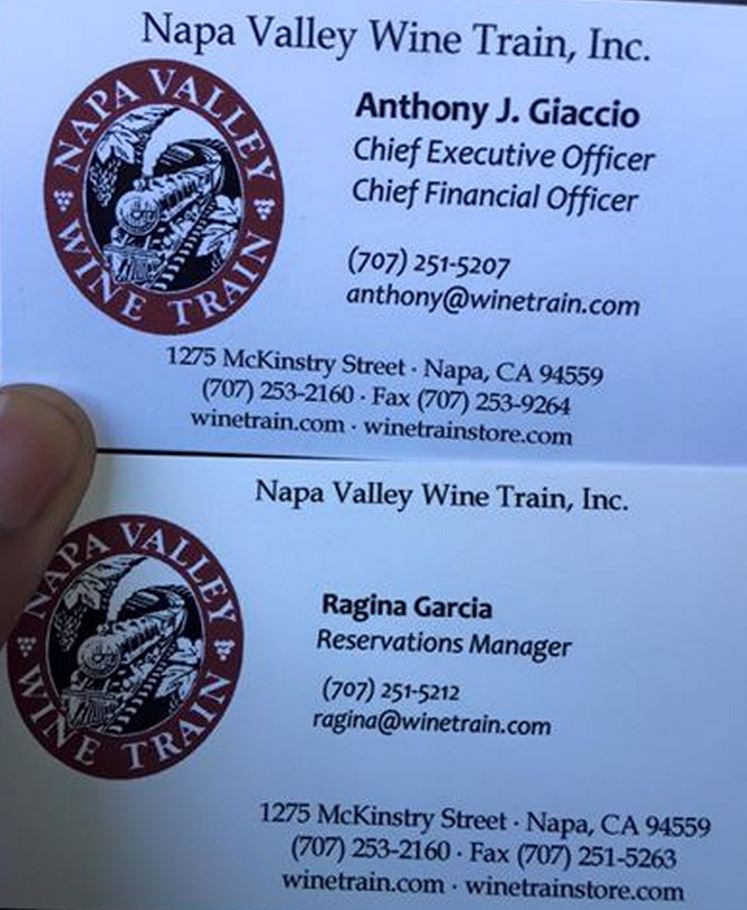 They gave us a full refund...but that's not enough. We are totally humiliated 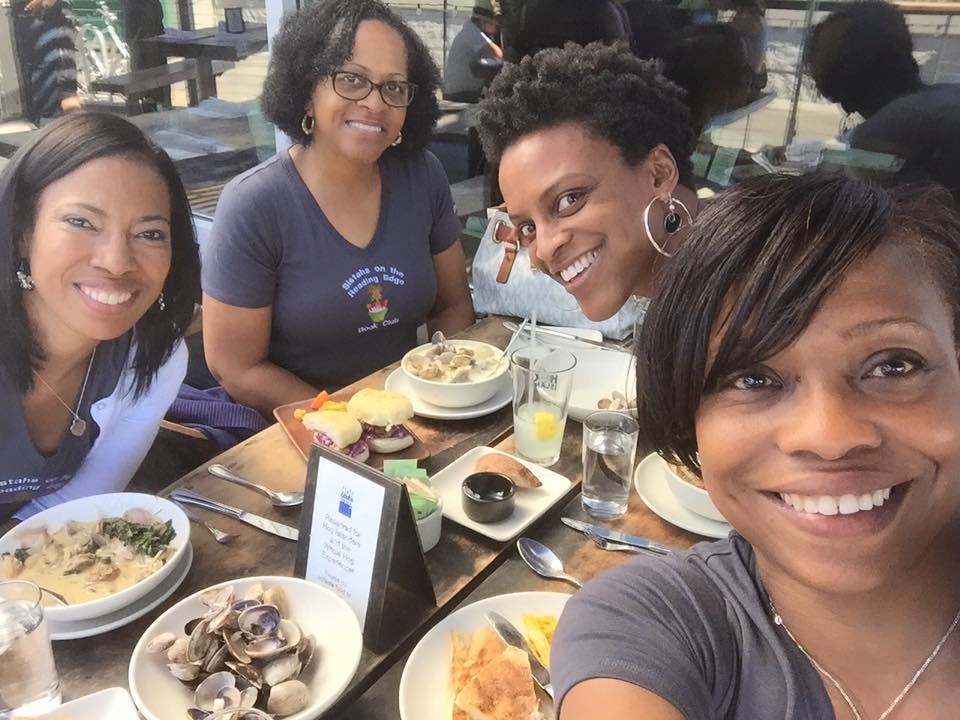 Bouncing back! We got Sunshine! 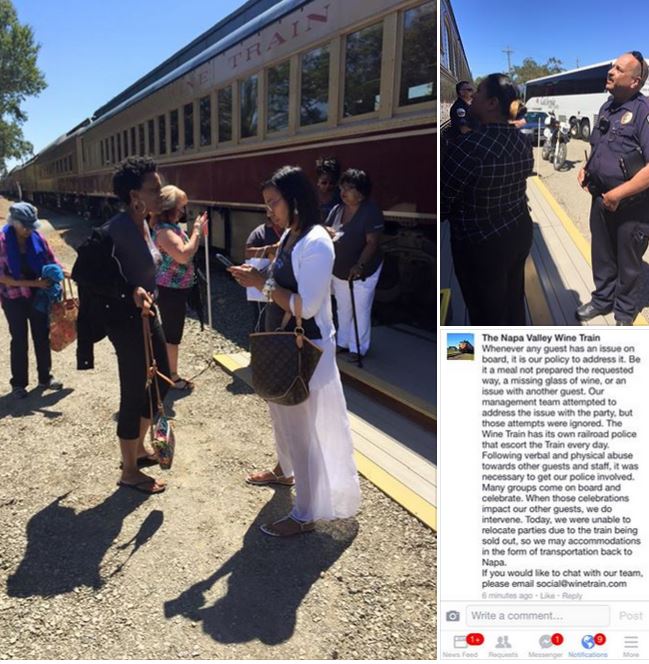 I've slept and I'm no less angry and humiliated this morning than yesterday. WE were paying customers too. They paraded us through 6 cars on display in front of the other guests to waiting police like we were criminals. Then they made a written public statement on social media that we verbally and physically abused other guest and staff...one word. UNACCEPTABLE! This can NEVER happen to anyone else ever again... 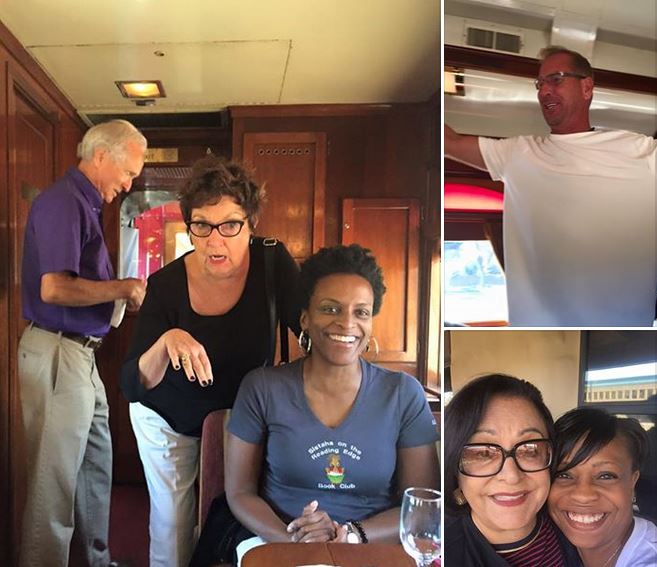 Some of our friends from the wine train yesterday...does it look like they were bothered by our laughter? ‪#‎laughingwhileblack‬

It is easy for some who may be predisposed to stereotyping to think this was just a case of loud passengers that affected the comfort of others. To those I ask that they think deeply about any event in which they were in no mood to listen to others whose decibel levels annoyed them. When has such remedies been taken, especially on a party train. Large groups are generally noisy as they laugh and talk many times in sync.