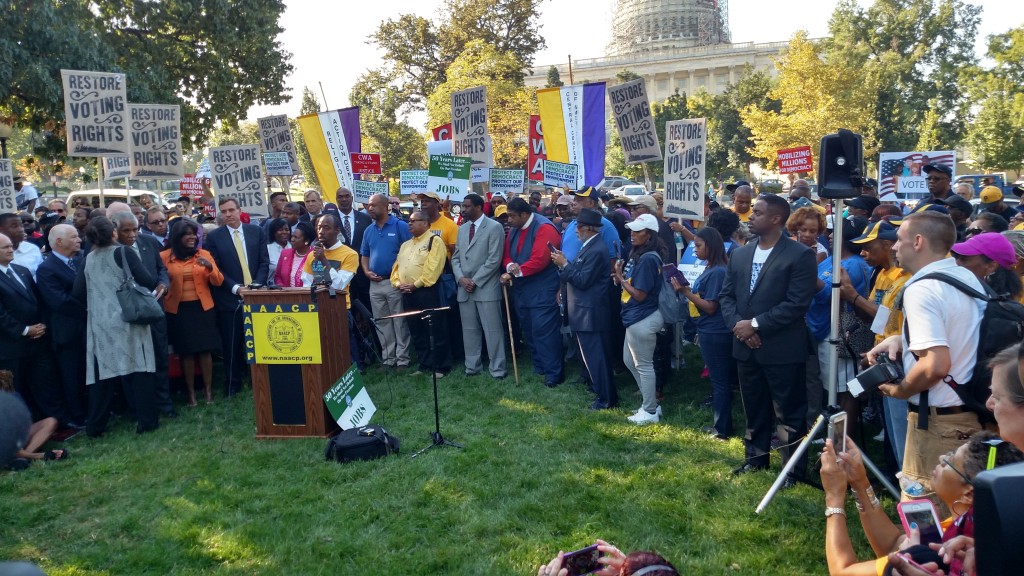 On a side note, it is time for the NAACP to change the definition of its moniker. Keep the NAACP moniker but redefine the words it represents as it is a carryover from a time where certain silly phrases were acceptable. Wouldn't the 'National Association for the Advancement of Collective Progress' be more in line with our society at large? Or maybe something else? Some times monikers matter.

What should have been known about this march? You should have known that a part of grassroots America was marching for our lives, our votes, our jobs, and our schools between August 1 to September 16. You should have known that America’s Journey for Justice, a historic 1000-mile march from Selma Alabama to Washington DC mobilized activists and advanced a focused national advocacy agenda that protects the right of every American to a fair criminal justice system, uncorrupted and unfettered access to the ballot box, sustainable jobs with a living wage, and equitable public education.

America’s Journey for Justice was continuous through the rain, shine, heat, and all climates in between with thousands of participants with little traditional media coverage. When the Tea Party amasses totals in the low hundreds on sunny pleasant days, there is a lot of traditional media coverage. Why? It ensures we keep our eyes off of the ball. It ensures we are misdirected from the realities that really ails us, an unsustainable oligarchy, a plutocracy on the verge of being exposed to the masses.

Marches and events like America's Journey for Justice are just the beginning. As Reverend Barber said at this rally and at Netroots Nation 2014, we are on the verge of the 3rd Reconstruction.

These events will not be covered with due diligence by the mainstream media. They will not be written about in great detail. They will be relegated to slow news days. They will be placed in areas very few wander to give the appearance of journalistic completeness.

Do not be fooled. Only an engaged new media will keep our citizens informed and engaged. We must all use platforms like DailyKOS to ensure the truthful message and narratives see the day of light.