If anyone ever doubted the degree to which the Trump voter is misinformed, this clip from last night's Rachel Maddow's program is eye-opening. It is no longer funny. It presents a danger wherein Trump can manipulate his base to create chaos when he needs a distraction.

Rachel Maddow dissected a PPP poll exclusively pre-released to MSNBC showing the Trump voter as severely detached from reality. Rachel started the segment by pointing out that President Obama's overall approval rating is at 50%. However, while his favorability with Republicans is 9%, it is only 5% of Trump voters.

Rachel started the segment by pointing out that President Obama's overall approval rating is at 50%. However, while his favorability with Republicans is 9%, it is only 5% of Trump voters. 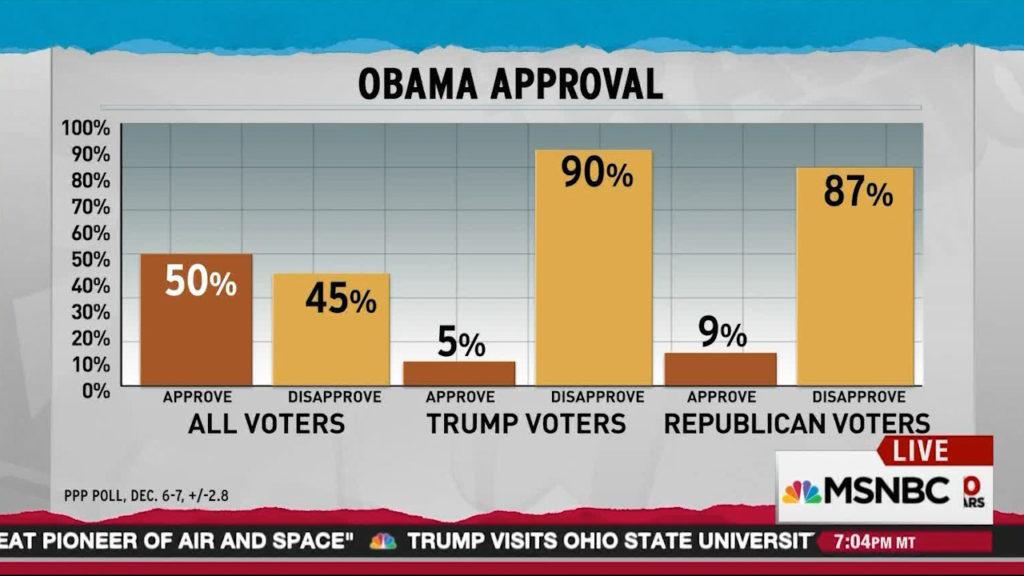 Rachel then pivoted to issue after issue where a large percentage of Trump voters were severely misinformed. They live in a virtually fact-free or made-up-fact environment. 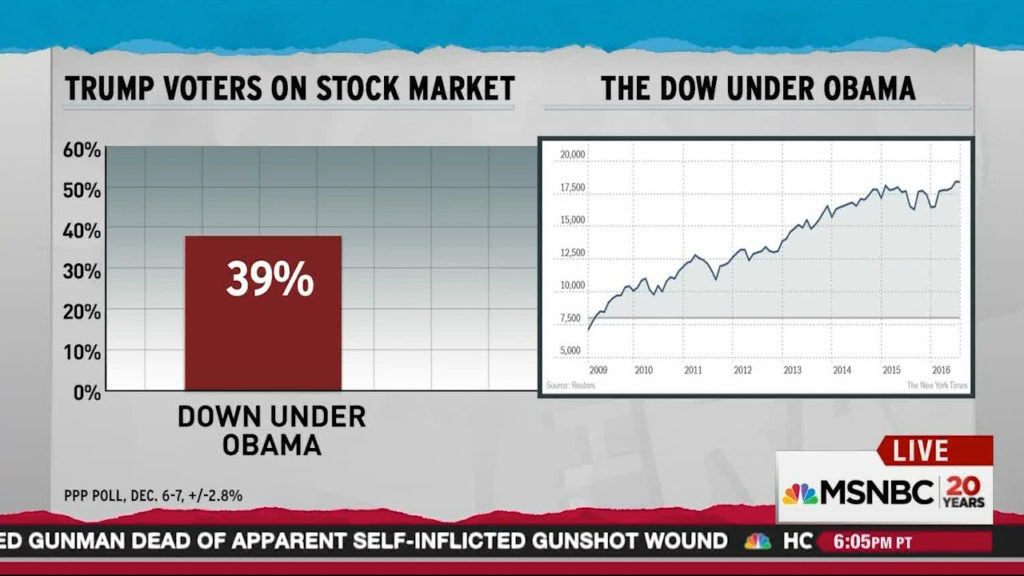 Unemployment dropped from 7.8% to 4.6% during the Obama administration. Clinton, Johnson, Stein and other voters are well aware of that fact. 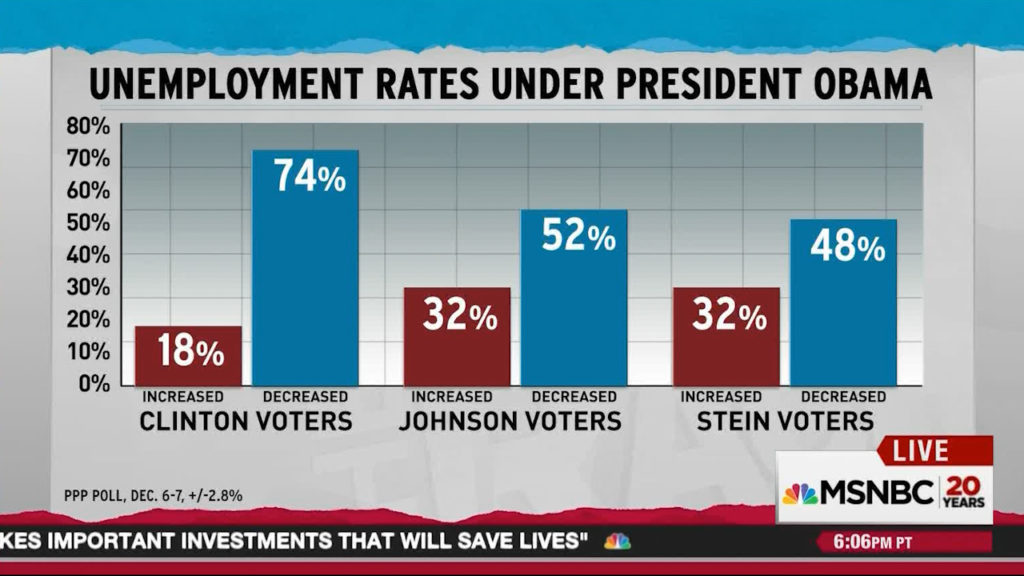 But not Donald Trump voters; 67% of them believe unemployment rose under President Obama. 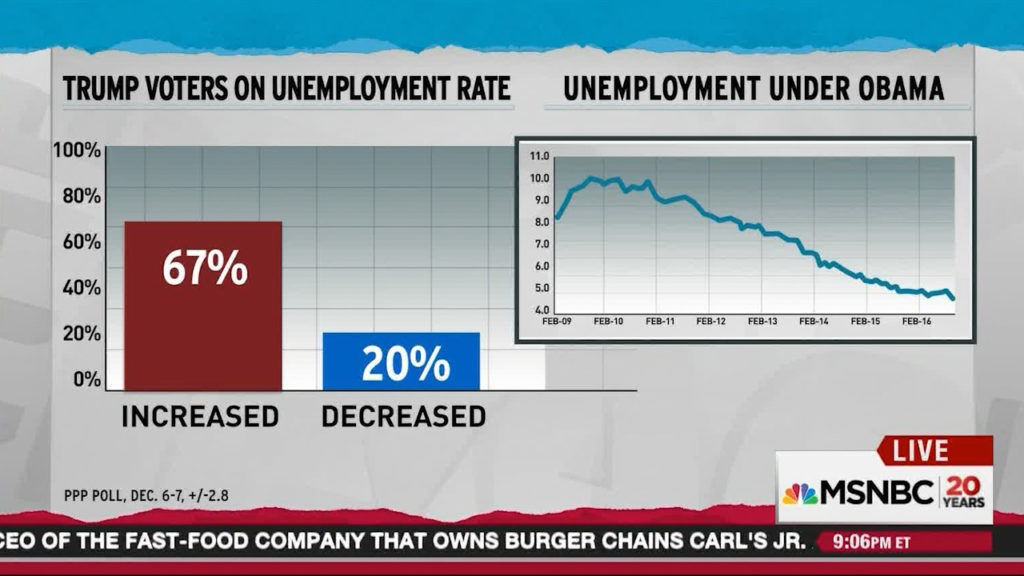 Rachel's statement near the end of the segment was prescient.

One of the reasons Trump may want to keep the rallies going is to ensure his base remains ill-informed. Given his agenda, he will depend on that ignorance lest his draconian policies are dead on arrival.