For the second time in as many days, Indivisible Houston held an action against the Trump Administration's draconian policies. Yesterday was the "Rally Against Robbery! The People Fight the Tax Scam" where over 75 people showed in cold rainy weather. Last night it was "Save the Internet! Action for National Net Neutrality Day" just before the snow fell in Houston, a rare occurrence. Sixty-plus protesters showed up to express their displeasure with the imminent repeal of Net Neutrality provisions.

"There were more than the usual suspects who showed up to this rally," said Daniel Cohen. "This protest was very organic. It is clear many of these people were seeking out an action and I am happy that Indivisible Houston, as part of our tenet of acting locally afforded them that platform."

According to Indivisible Houston's call to action,

The FCC, led by career lobbyist lawyer Ajit Pai, is pursuing rollbacks of Net Neutrality under the Orwellian name “Internet Freedom” in a power grab that is aligning as a partisan fight. In spite of Obama Era internet regulations ensuring equal internet access regardless of your place in society, consumers and those with less resources are on the chopping block this round, and we’re not going to let that happen quietly.

Take three actions to Preserve the Free and Open Exchange of Information in the United States: 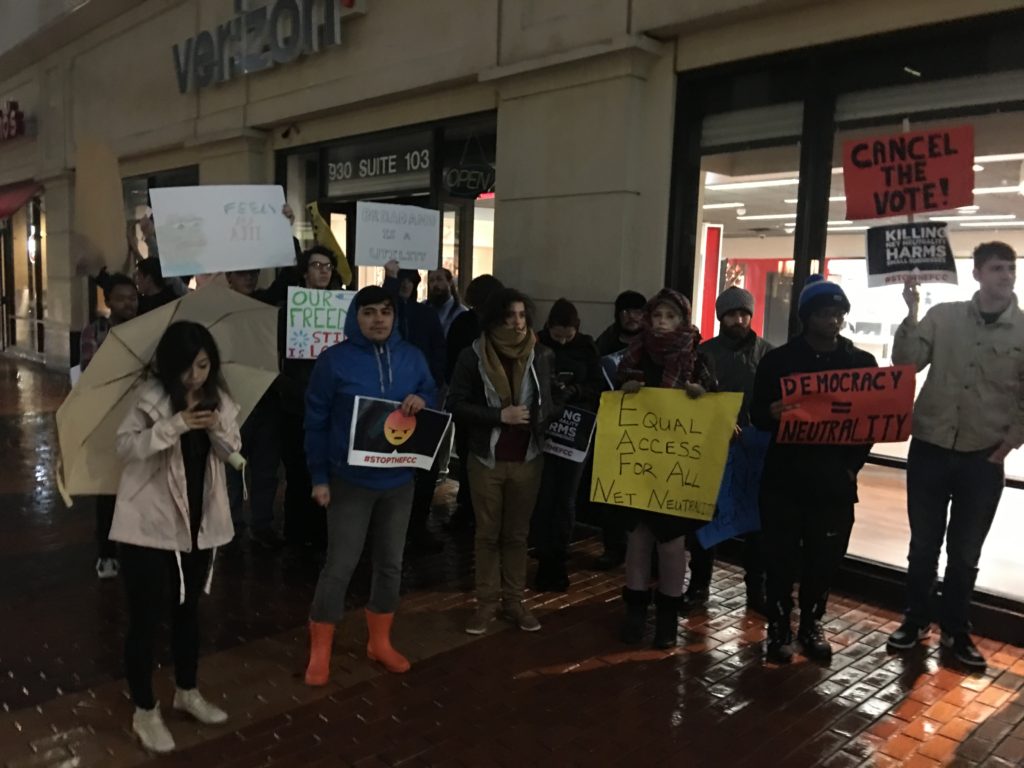 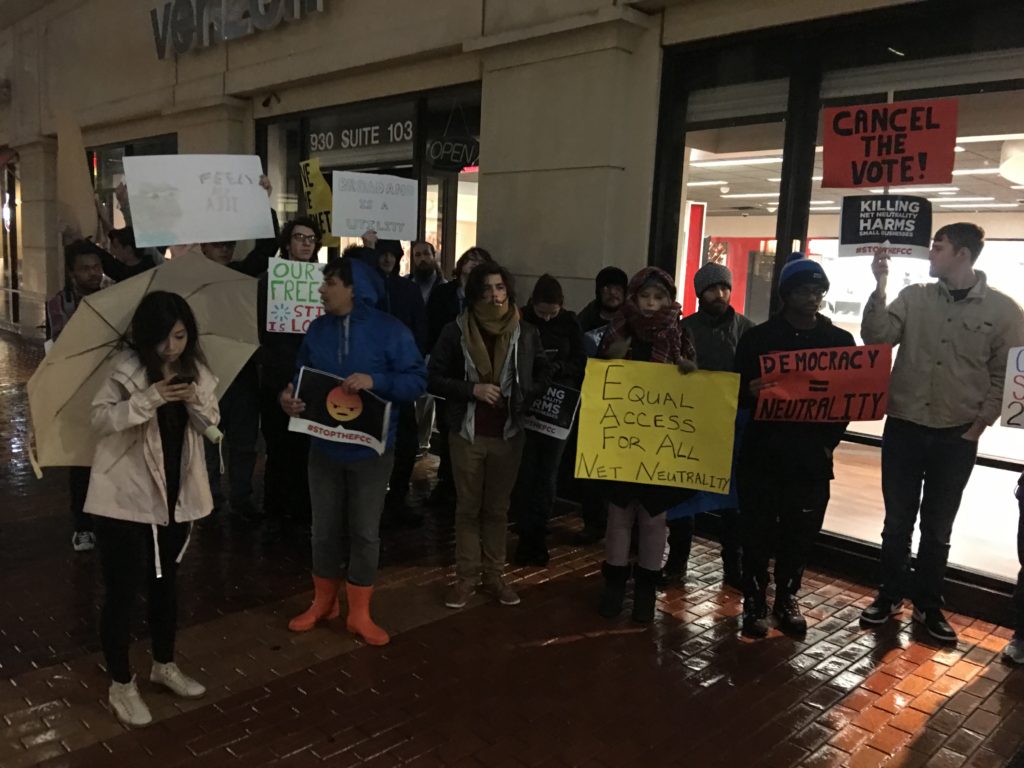 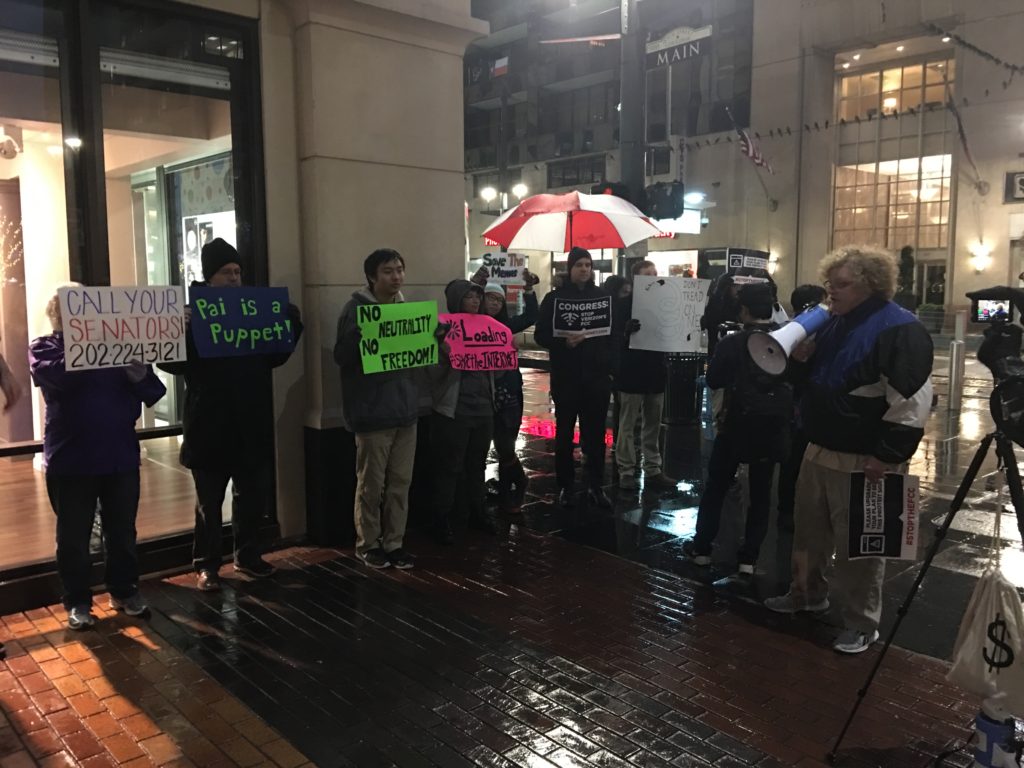 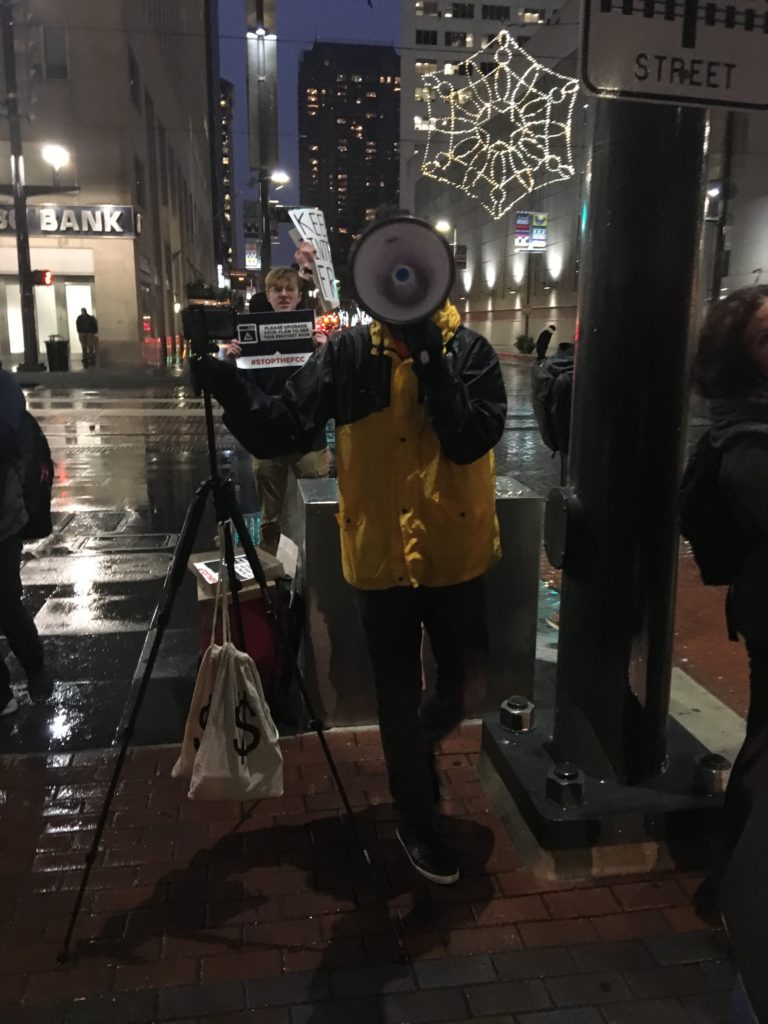 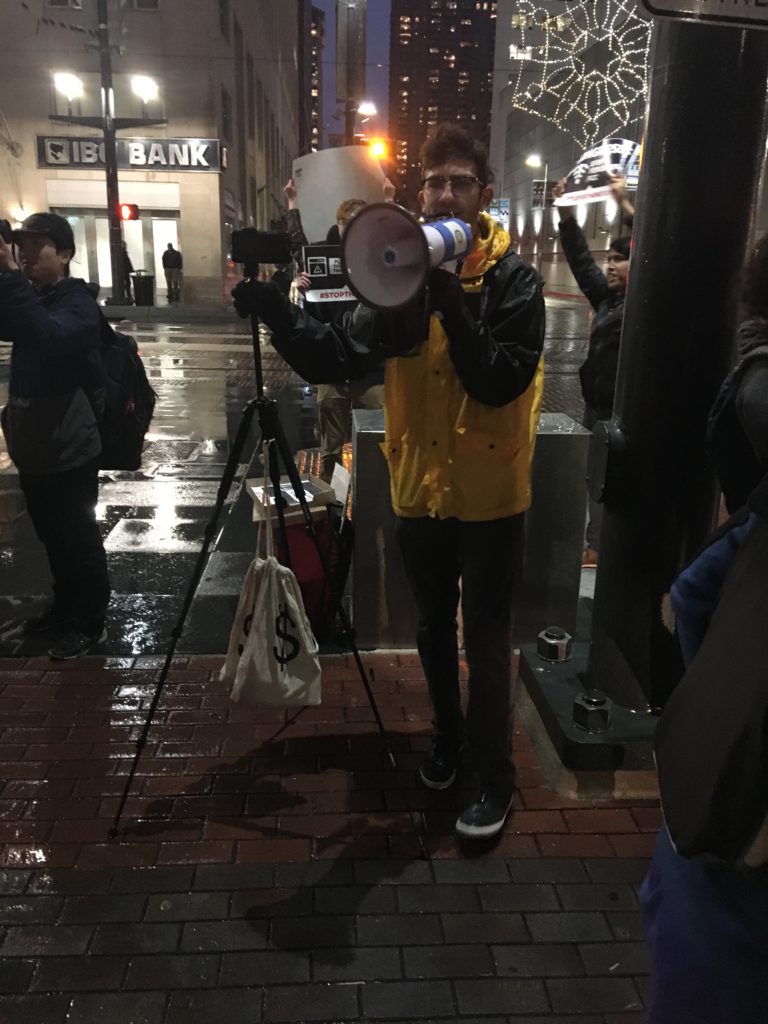 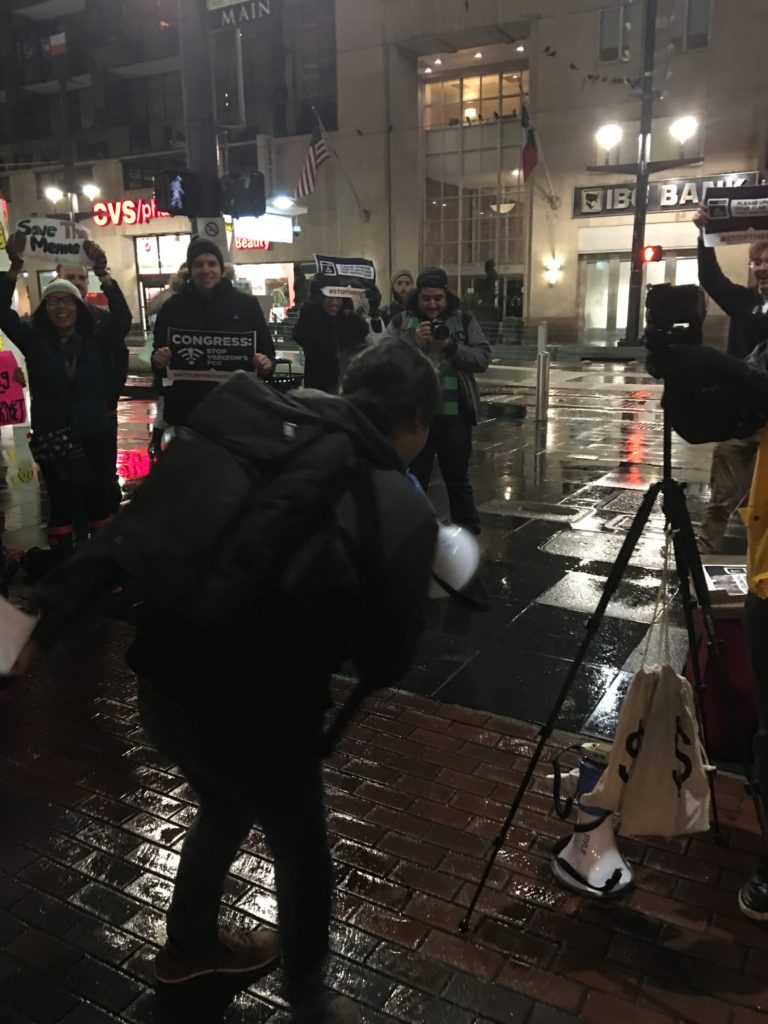 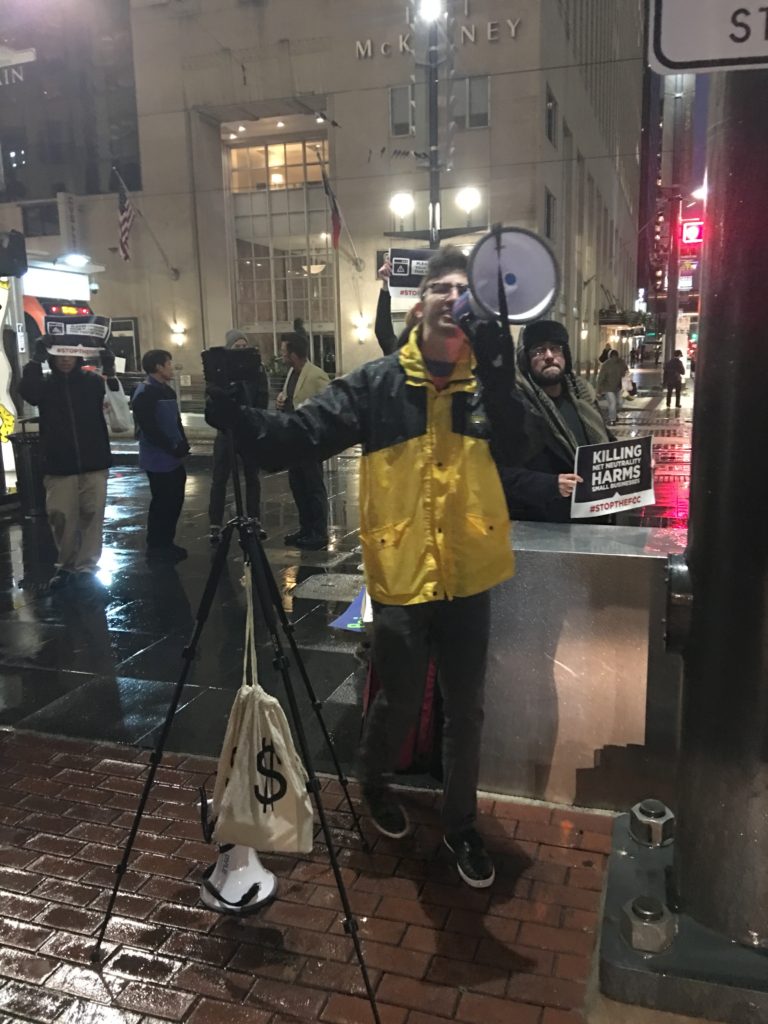 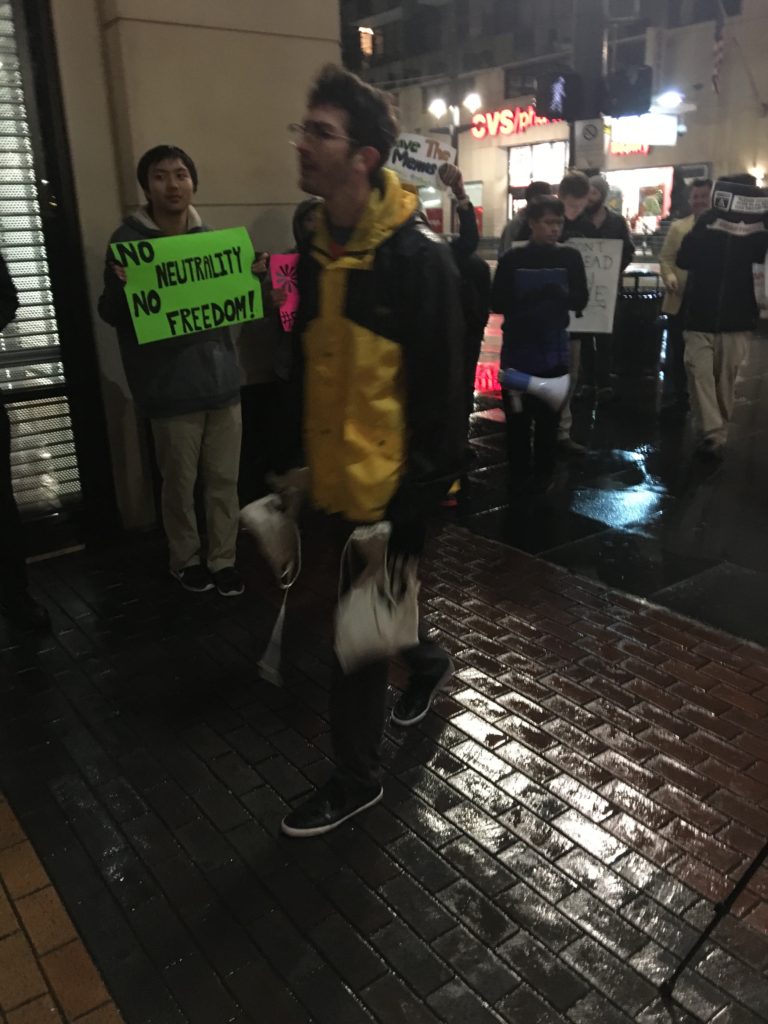 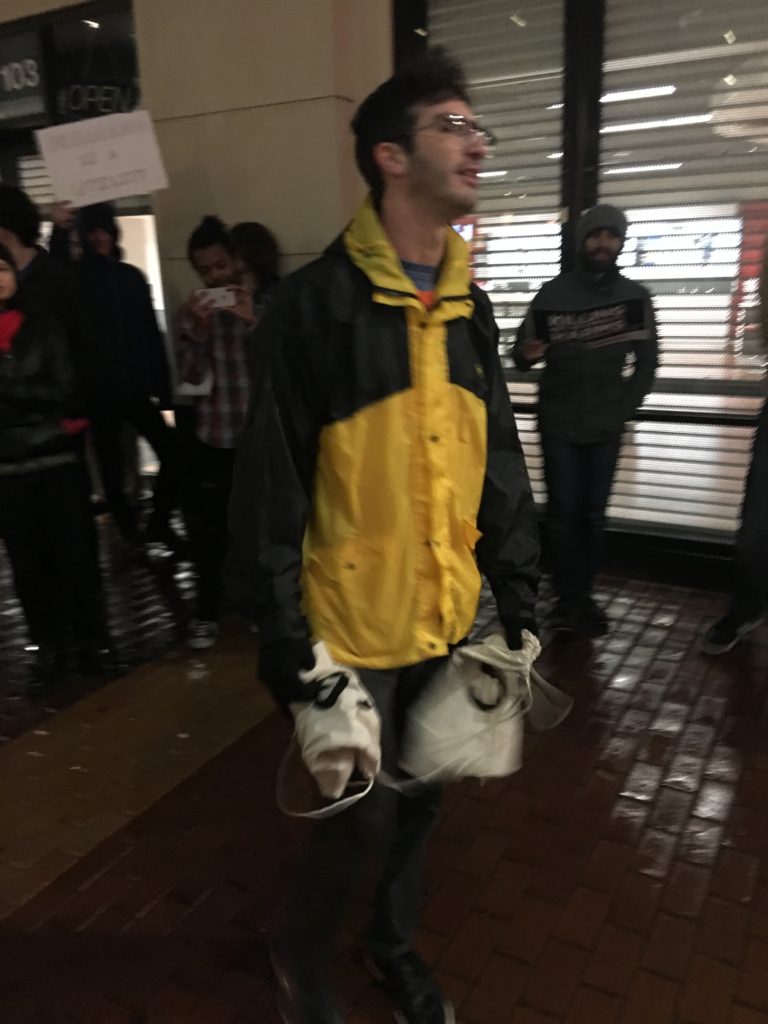 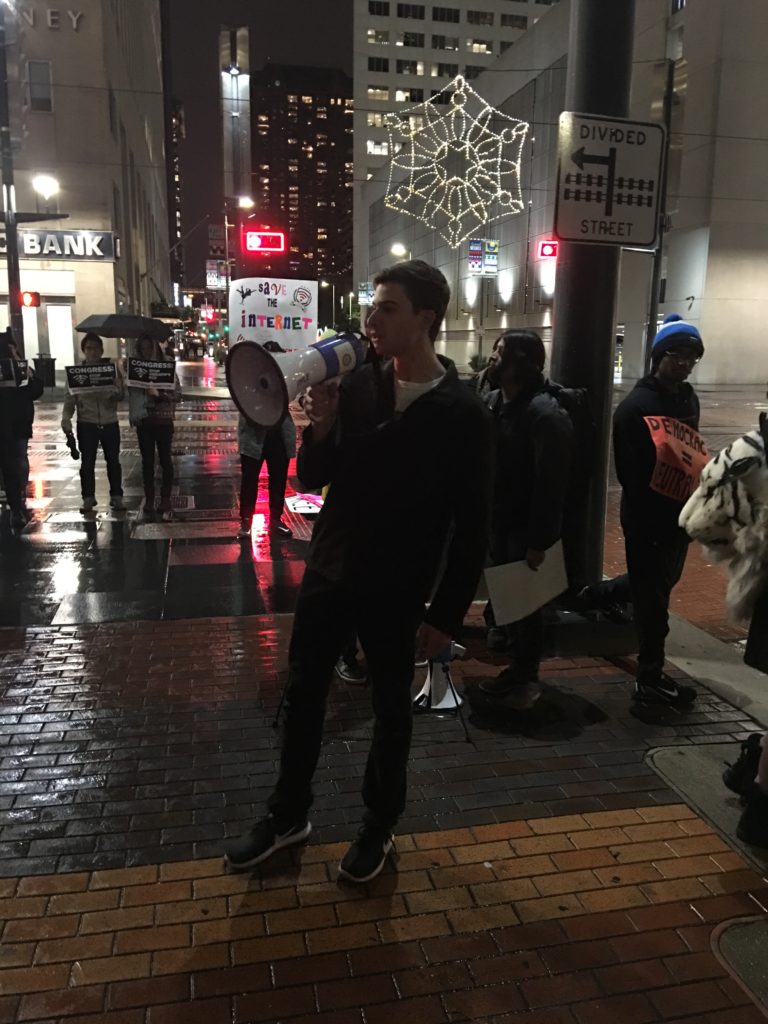 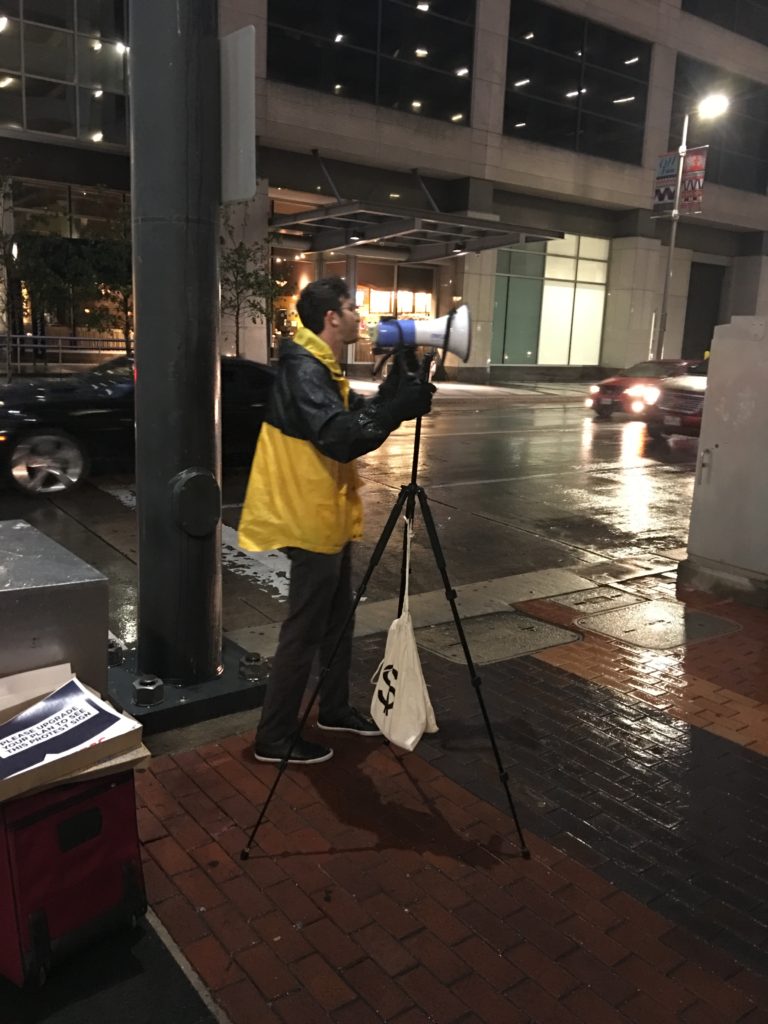 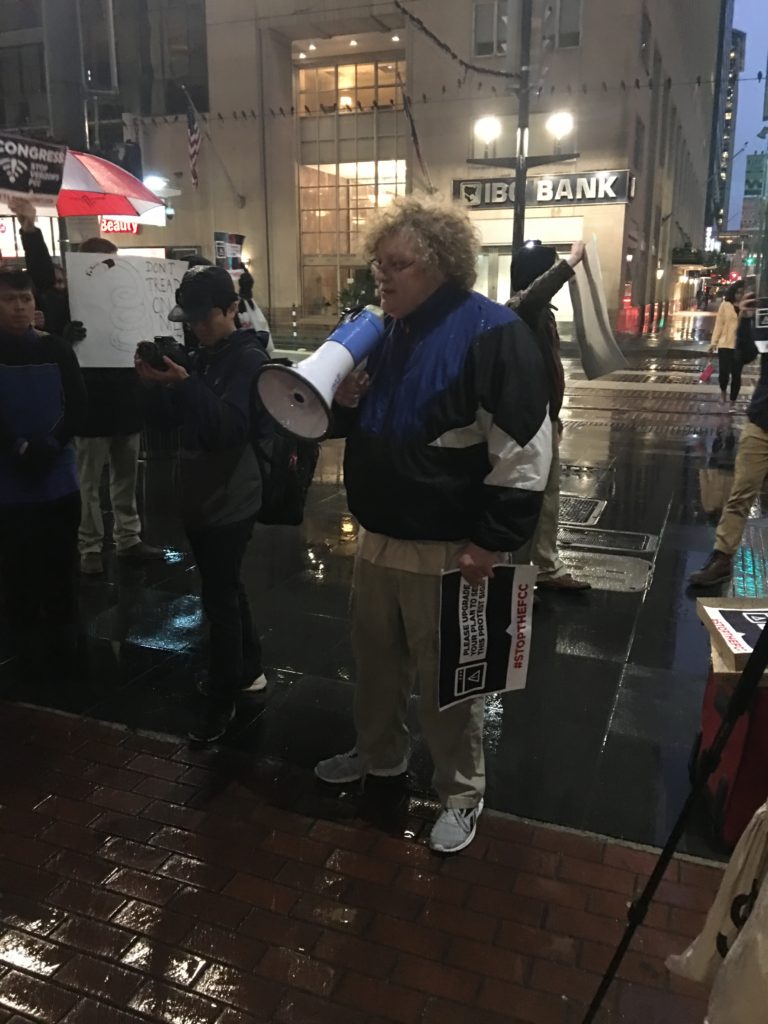