I met Dr. Kris Bhat recently by chance in a Starbucks in Kingwood, Texas. It turns out we had something in common that led to my visit to his home where he discussed (sub)urban farming and its benefits with me. He made his actions say farming, speak for themselves.

Dr. Kris Bhat shows what (sub)urban farming can look like

It is a small world. I think if we remembered that we would likely treat everyone civilly and with respect as we never know where lives cross mutual paths. I explained my encounter with Dr. Bhat in my post titled "It’s a small world where we all intersect and are connected somehow" where I discussed how we met and what led up to our visit together at his lake house. The entire article is worth a read, but the following snippet details how the visit to his home came about.

But here is the kicker. After the doctor left he apparently called his son and told him he met this black Panamanian at a Starbucks in Kingwood I guess with an ideology on healthcare like him. The doctor ran back into Starbucks and said, “I have my son on the phone. He says he knows you. My son said there can only be one Spanish peaking black Panamanian in Kingwood.”

He told his dad he listens to Politics Done Right with Egberto Willies in Michigan and that he has called into the show before. Suffice it to say I was floored and flattered. What are the chances of this? But most importantly his son has published papers on health care and the ACA as it relates to doctors. Of course, I will now republish at my websites.

Dr. Bhat took me around his entire lake house where he seemed to use every available space to grow something. He used hydroponic containers to grow food vertically and pest and pesticide free. 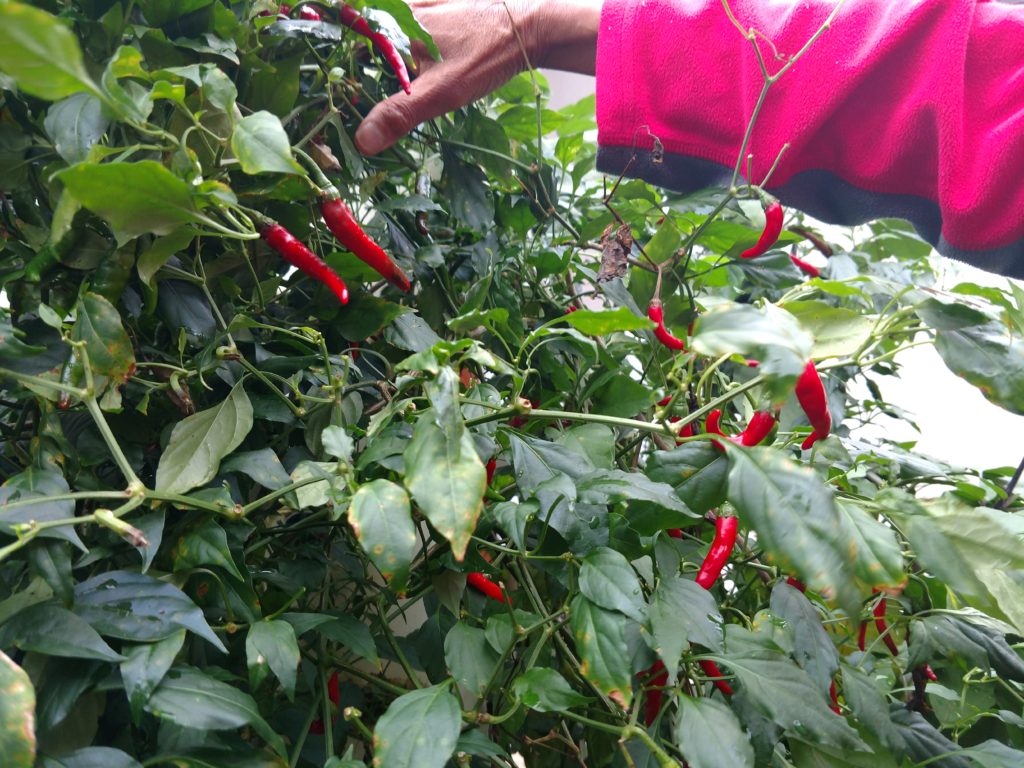 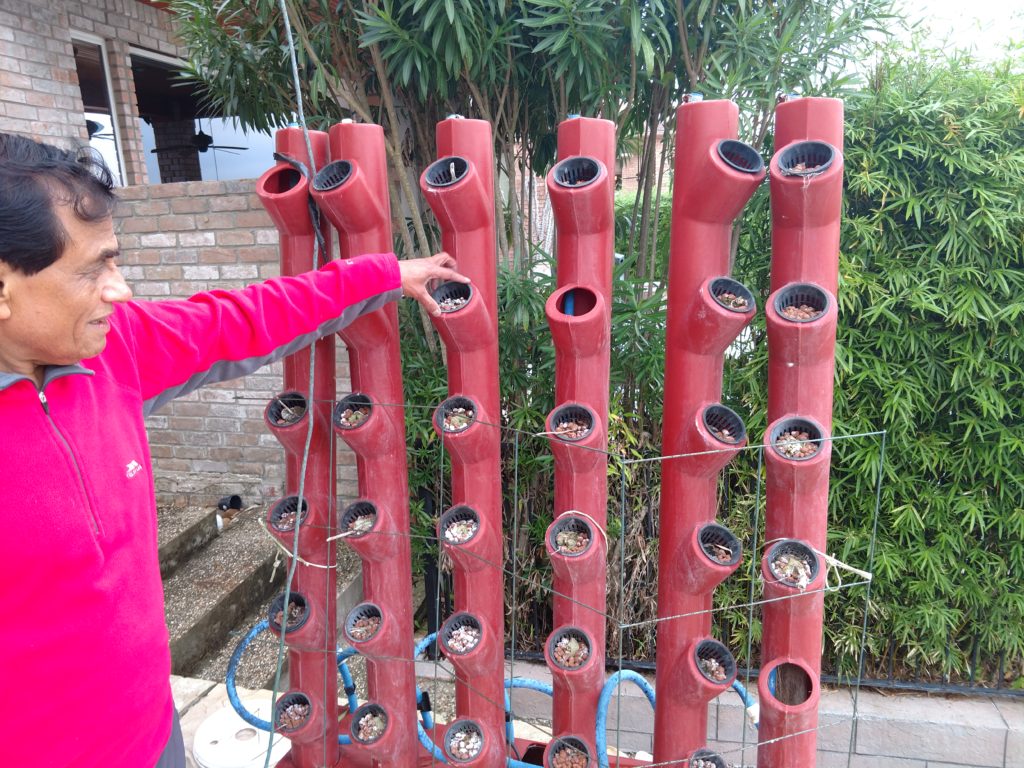 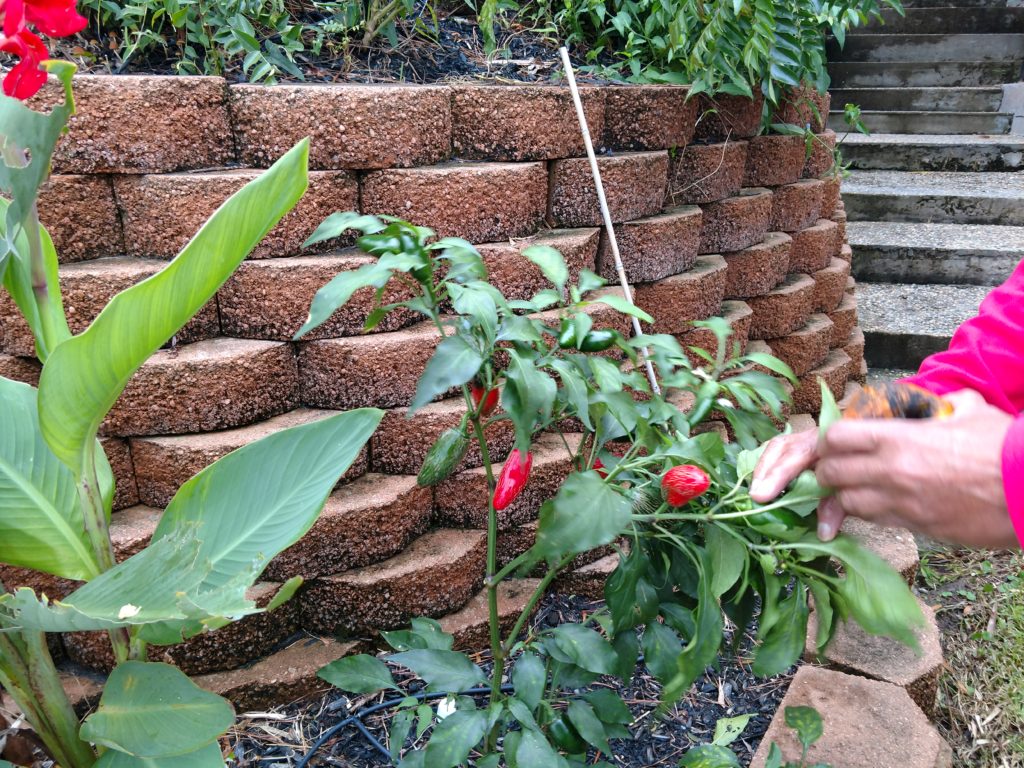 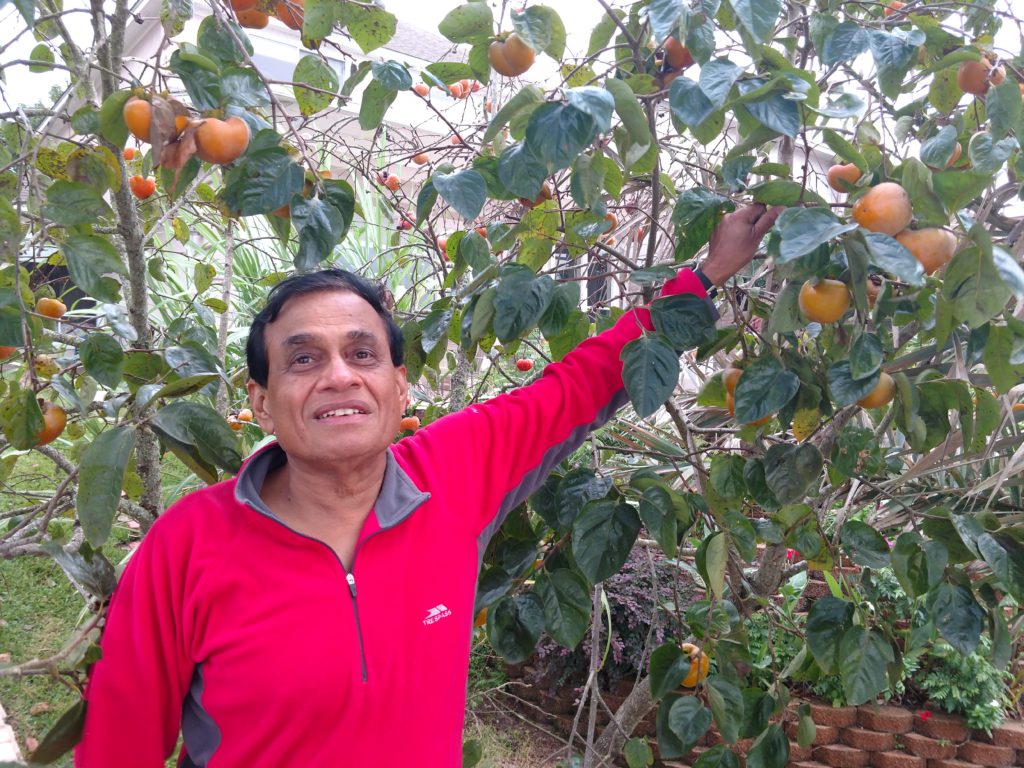 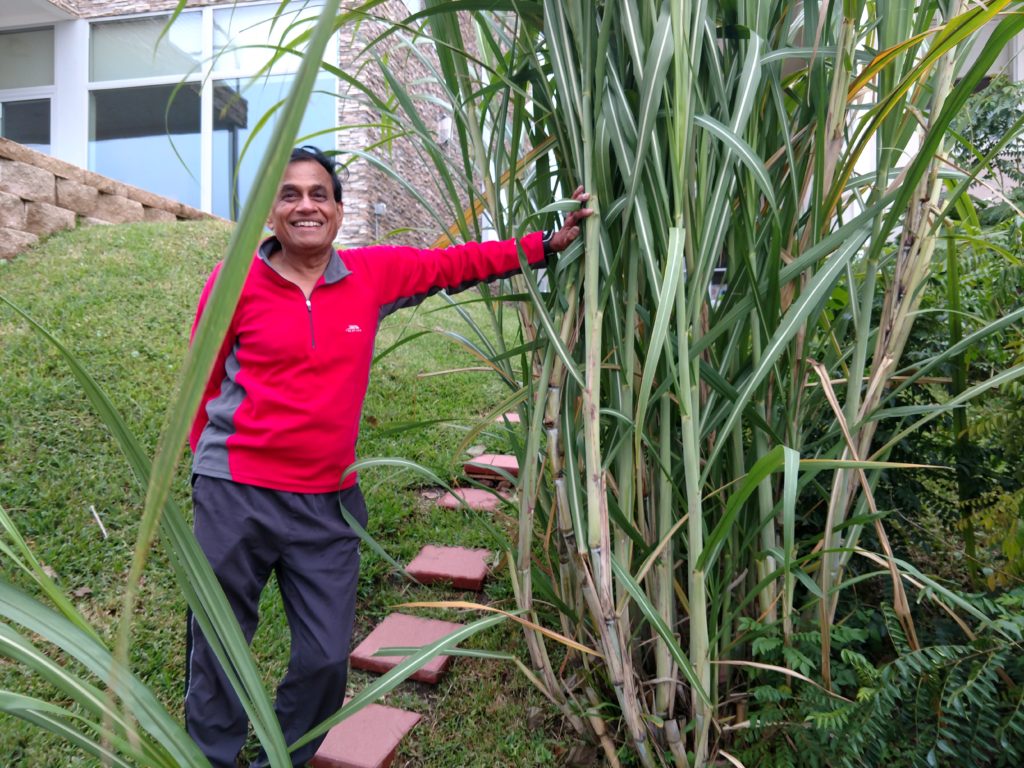 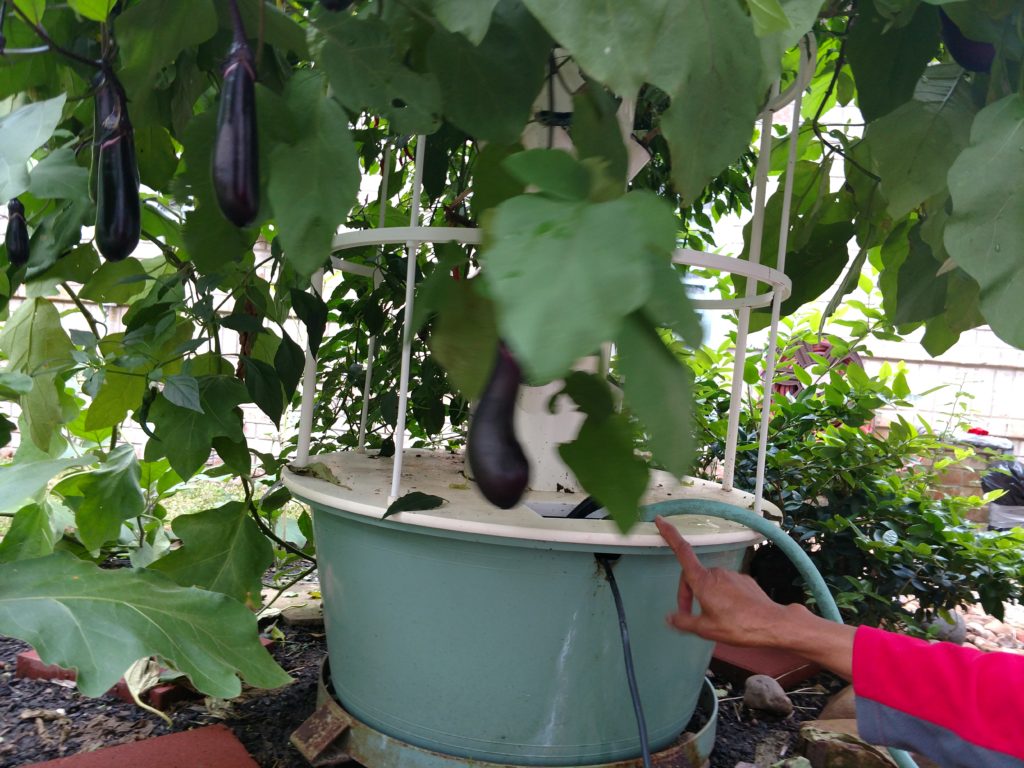 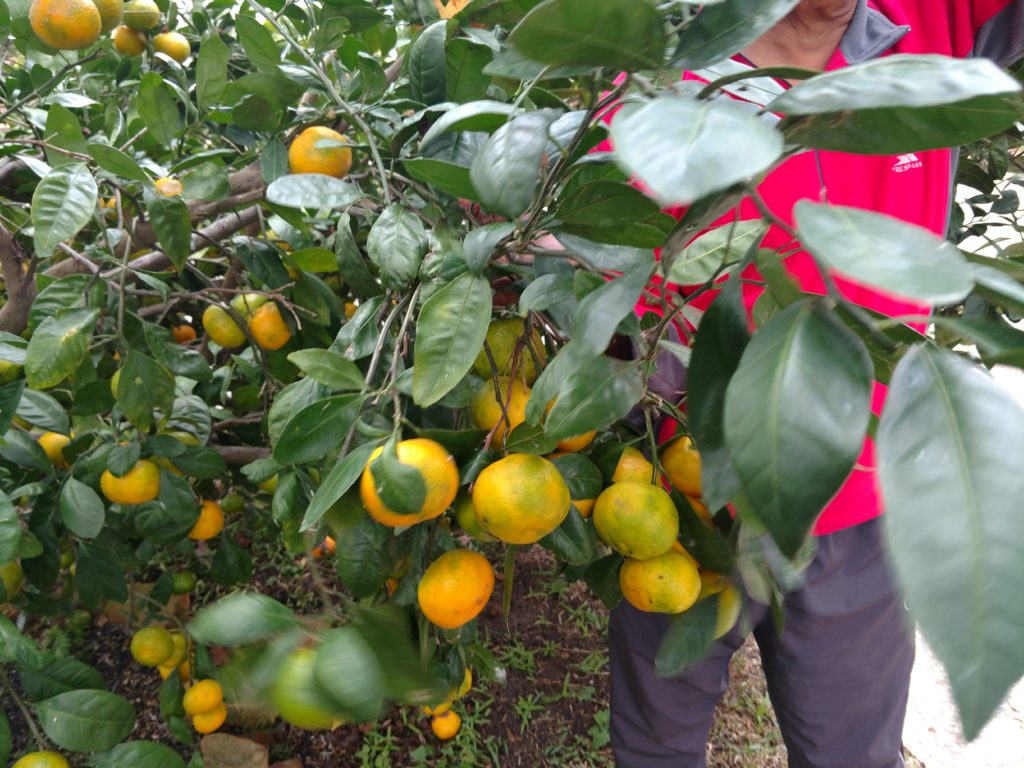 The doctor explained that back in India he was a farmer and grew much of what he is growing on the limited land surrounding his home. He pointed out a reality more should heed. (Sub)urban farming that includes hydroponics serves many purposes. One cultivates pesticide-free food that they grow themselves. Because the food is from the garden to a salad or garden to cooking, it is as fresh as can be. More importantly, it would reduce the earth's carbon footprint if several million households did this type of personalized farming. Dr. Bhat explains his farming process in this post's video.

The doctor had several prepared foods that all had one thing in common. They came from his garden. We had fresh ripe persimmons, eggplant in a tasty curry sauce, sugar cane we chewed as a fleet of huge birds from up North flew past us to their nesting ground.

Dr. Bhat is an enthusiastic advocate for (sub)urban farming. But he has other passions as well. He understands politics very well as he is completely fed up with both sides relying on talking points instead of working towards egalitarian solutions. He made it clear that the healthcare labyrinth and paperwork forced him to hire staff he would not otherwise need.

Dr. Kris Bhat is the author of two books.

It is said there are at most six degrees of separation between us all. I see this on an everyday basis. This encounter is just one more confirmation.