I was very happy with most of the responses to a Facebook post I made after receiving IMs from two women that shocked me. I think we need to remind people of what really occurred with a woman, Hillary Clinton in 2016. She won by a bunch.

WOMEN! DO YOU AGREE?: For two days in a row, two different women told me to stop it. They want me to stop maligning Biden (I am not. I am just asking us to accept nothing at face value). They both said, and to be frank I have heard it before, that a woman cannot win in America. Ethiopia just elected a woman. Panama, the UK, Germany, India, Pakistan, New Zealand, Argentina, Grenada, and a myriad of other countries that are much more patriarchal than ours have already done so.

And guess what? So has America. Hillary should rightfully be the president of the United States as she beat Trump not by a few but by millions of votes. Unfortunately, the constitution written for this exact purpose, the Electoral College, failed America. 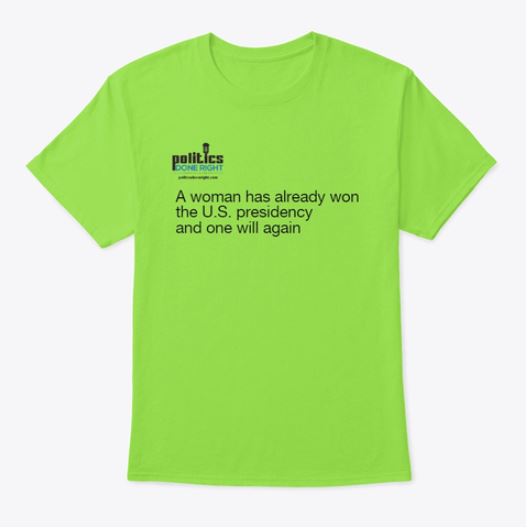 The thing is, Hillary won with a decidedly Progressive platform (I watched some of the tough negotiations in Philly). She lost the Electoral College by a total of 78,000 votes because Milwaukee, Detroit, and Pittsburg were not nurtured as Michael Moore pointed out. We already did it and can do it again. No male savior is needed. Right now, IMHO there are only two candidates with policies bold enough (including how to pay for it) to start the restoration of the middle-class and one is a woman. Let’s get passed the fallacies & fears that are skewing the polls.

These women know a woman can be president

Following are some of the responses that we should be happy to see.

Shari Bowden Tucker: Europeans can accept a woman leader because they have had successful and powerful Queens.

Judy Schultheis: No, I don't agree. Biden was a good vice president, but for 2020, just no.

Linda Guffin: No, I do not agree with the women you spke with…they have a patriarchal hangover as far as I am concerned. I am for Elizabeth Warren all the way.

Lacey G Hartman: Besides the whole Biden is Republican lite there is the fact Elizabeth Warren will damn sure Campaign in the Rust Belt States that Hillary Clinton ignored. The only reason Biden was brought on the Ticket with Obama to begin with was to appease the Hawks on Foreign Policy.

Susan Phipps Carr: How great can America really be if many countries have elected women. We should be ashamed.

Melissa E. Noble: With no disrespect to Biden he is just an easy out, a compromise only just to have a false sense to win when there are other good and better candidates and well seasoned. Don’t let those women impose their insecurities and conditioned thinking. If this country by this time is so stupid and selfish to vote for Trump then so be it. It’s all karmic. If he looses and gets indicted what do you think he will do? Leave the country maybe along with his other family members? I can only wonder that it’s a possibility if more dirt starts to appear as Trump once again is diverting g attention to Hilary conspiracy of Epstein’s death. I bet the party is strategically creating some sort of economic or war mongering situation that they think will hopefully cause people in their fear to re elect him. Someone needs to make a visual graph connecting the dots.

Dorothy Kuhn: Biden is likable, excepting his gaffs. A woman with big ideas will beat him.

Kathleen and Jacqui show a keen understanding of the purpose of primaries. The Establishment and the Mainstream Media wants Democrats to tiptoe around the candidate they want to emerge. These women would have none of it.

Kathleen Morin-Morgan: I don't understand what people like those women think a primary is for. There is no rule, written or unwritten, that a person needs to just cheerlead for their preferred candidate(s) and to not critique other candidates. In my experience, this sentiment seems to be coming primarily from Biden supporters. (Curious) My question to them is, if Biden cannot withstand the scrutiny of a primary without losing support, how the hell do you think he'd do against trump? Trump would wipe the floor with him. If you have info. I should know or consider about my candidates, please let me know. The more information, the better. Critique them all you want, I am free to agree or disagree. I have a mind, and I'm not afraid to use it.

Jacqui Hazelwood: I agree completely. And, the primary is the only place where we get a chance to vote for the candidate who best represents the progressive values of most Americans. For that reason, Joe is not among my top choices. He would only get my vote if he were to win the nomination.