It just never ends. At least the outcry embarrassed FEDEX into some sort of action. The problem is society has not made these types of people embarrassed by their actions. And that makes society complicit. 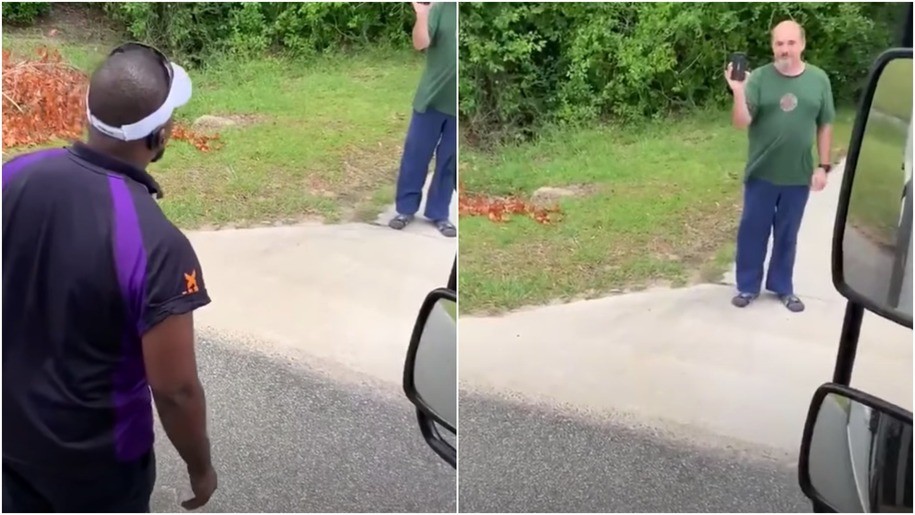 A FedEx driver and his co-worker were fired Wednesday, then apparently offered other employment for the company after the FedEx driver posted video of a Georgia customer who allegedly cursed at and threatened the workers in a racist attack. The video shows a man The Atlanta Journal-Constitution identifies as Felinzay Lundy defending himself to the customer, who is recording with a phone. “You didn’t have to come out here cussing me like that. I ain’t no little boy. I’ll wait ‘til the police come,” Lundy said in the video.

Antonio Braswell, the driver, who isn’t in the video, said he waited for police to arrive and learned from the customer's exchange with authorities that the customer thought they were going to break into his house while his wife was there.

“I’m reposting this video because people like him doesn’t matter white or any race should never disrespect essential workers putting their lives in jeopardy especially with this covid-19,” Braswell said in the tweet.

He also said FedEx had fired him and Lundy, but late Wednesday the company tweeted this message:

“We are aware of the incident in GA that led to the release of two drivers employed by a service provider. We're offering employment while investigating to ensure an appropriate outcome. We take seriously allegations of discrimination, retaliation, or improper employment actions.”