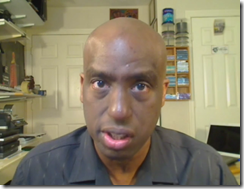 Many complain about the Republican Debates being the same thing over and over again. This must be attributed to the ineptitude of the questioning. There are systemic structural defects in our economy. No one on the stage except for Ron Paul and Jon Huntsman seem to understand them. Unfortunately as conservatives their solutions to some extent is continued laissez faire capitalism more so with Paul that Huntsman.

I am waiting for journalist to do their homework, bring charts and force these Republicans to answer why they believe given the irrefutable evidence; their policies which have caused the demised of the middle class proportional to their implementation would magically work. It has not and it won’t.

I have written a book (“As I See It: Class Warfare The Only Resort To Right Wing Doom”) why these policies have failed and why the middle class was damaged. Many more schooled economists and Americans have done so as well from many viewpoints. Unfortunately very little traction is given to these viewpoints by the entire media. One can only wonder if corporate ad dollar dependency is to blame.

The constitutional rights given the media are being squandered.