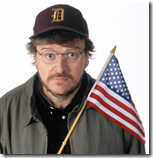 Hope you've had a good holiday! We're a better world today, thanks to Martin Luther King, Jr. But, as I'm sure he would say, there is much work left to do.

I'm guessing he would have been overjoyed to see the Occupy Wall Street movement explode across the country (celebrating only its 4-month birthday tomorrow!). It is rarely reported that King saw capitalism and Wall Street as sources of much evil, and in the years leading to his death, he turned his focus from racial segregation to one of its root causes -- an economy that structurally kept people poor or near poor while the richest 1% made off like bandits.

Here's what he had to say:
"[We have] socialism for the rich and rugged free market capitalism for the poor."
"The evils of capitalism are as real as the evils of militarism and evils of racism."
"True compassion is more than flinging a coin to a beggar. It comes to see that an edifice which produces beggars needs restructuring."

Tonight, and for the next two nights, I will be on the Tavis Smiley Show to discuss why it is that one in two Americans now live in or close to poverty. The panel discussion, which also included Cornel West and Barbara Ehrenreich, was taped last Thursday at George Washington University -- and I have to say, it was one of the best panels I have ever served on.

I encourage you to watch Tavis tonight, late night on PBS (check your local listings) and also tomorrow and Wednesday night.

If you want to see the entire unedited presentation, you can watch it here.
Let me know what you think. Our democracy is now owned by an elite group who are hell-bent on destroying what's left of a chance to have a decent middle class existence.