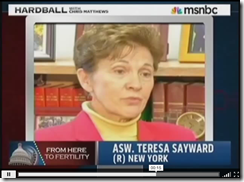 Republican women are starting to wake up. We have Olympia Snow who voted against the Blunt Bill before quitting the Senate and thus the current Republican politics instead of further compromising her values with the current crop of GOP “Talibanites”. It would have been nice if she had found her values and spine which would have afforded us a better health care bill.

We have Republican Lisa Murkowsky who now regrets her vote on the Blunt bill.

Then she went home to Alaska for the Iditarod, and according to the Anchorage Daily News, a bunch of her supporters gave her what-for.

“I have never had a vote I’ve taken where I have felt that I let down more people that believed in me,” she said.

She’d meant to make a statement about religious freedom, she said, but voters read it as a vote against contraception coverage for women. The measure was so broad, it’s hard not to read it that way. I suspect Murkowski saw that, but for reasons she didn’t share with me, voted for it anyway.

We have a myriad of female and male Republican analysts, pundits, and journalists articulating their disgust with the social issues and attacks on women by the candidates.

We now have a Republican assembly woman who says she would likely vote for President Obama giving this crop of candidates.This is what the GOP has become. I said before and I will say it again. A Republican win is in effect the Talibanization of America given their current discourse.