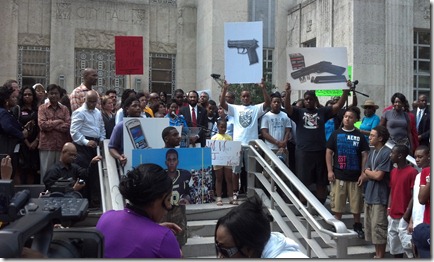 The rally had a certain feel that I had not felt in years. People seem to be getting ready for an outpouring of action. There was a lot of camaraderie and resolve but not a feeling for vengeance. 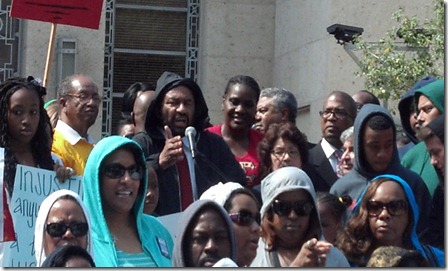 This unjustified murder is serving as a catalyst to galvanize our thoughts and resolve for action. This is bigger than Mr. Zimmerman. Trayvon Martin is proof positive that laws passed by Republicans are generally not thought out and can actually get American citizens killed.

Last week this event moved me to write a blog titled “The Death of Trayvon Martin – A Reminder We Have More Work to Do”. It received a lot of coverage at the Coffee Party USA site. Give it a read and leave a comment.

I made several videos at the event and they may be used by CNN on their ongoing Trayvon Martin coverage. I got the most important sound bites from most of the speakers in order to make it a video you could listen to in a few minutes.

I also saw Erica Lee and Jolanda Jones hanging around the stage so I decided to ask them their impressions as well. They gracefully gave me compelling statements.