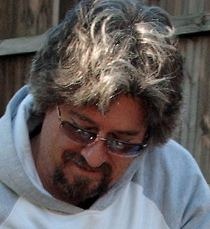 Yes, the embattled governor of Wisconsin, Scott Walker, is really having a good time collecting money from his rich buddies….

We’ve known for a good while now that he is nothing but a right wingnut FASCIST, taking corporate contributions while giving tax breaks to the very same corporations and the wealthy while cutting services to the people, but the proof is in the pudding when it comes to his backers and the hordes of money they are giving him to promote his radical right wing agenda. Union busting, killing off government jobs, and his deplorable de-funding of public schools, ramming through bills while not allowing debate from the opposition, are just some of the policies of the right wingnut governor. Walker has even go so far as to beat up on Illinois, although his neighbor to the south has created four times as many jobs as Walker’s state has lost. Obviously, Walker can’t get his facts straight about who is actually creating jobs—Democratic run states, not those run by RepubliCONs. Nothing new for Republicans, if the facts don’t suit them, they just lie about it until their brain-dead supporters blindly send them more money…..

Walker and his cronies have destroyed Wisconsin’s education system, lost corporate investment in the billions of dollars, and has brought the state to be ranked 50th in worst job creation since taking office. In fact, Wisconsin ranks as the top ranked stated for job losses, two years running, while the rest of the country continues a climb up from the recession brought on by the Bush W years. But Walker would have you believe that everything’s great in the Badger State. Again, Walker is just another lying RepubliCON.

One only need look at the list of donors in the accompanying article, to see where the money comes from– and much of it, most of it, is coming from outside Wisconsin.

Sure, the list is long, with names like loser Sheldon Adelson (casino mogul and backer of Newt Gingrich’s failed presidential campaign–he and his wife blew $10M on that nightmare), to the Koch Brothers (regular players in right wingnut Tea Party politics), to even Richard DeVos (owner of the Orlando Magic NBA team and founder of Amway Corp)……

Amazing as it is (the amount of money raised), I find it even more surprising that Richard DeVos (Amway) would throw his money in on a slimeball like Walker. DeVos, who has always been thought of as a fine Christian businessman, who has fought in the courts to have his company not considered a pyramid scheme in all fifty states and numerous countries abroad, has now shown his true colors. Then again, “Christians” would point out that DeVos is a Morman. Mmm….. who does this sound like? Romney, perhaps? Well folks, elect Romney as see what that will get you….. And while I’m at it, let’s not forget Romney’s favorite budget guy, Paul Ryan (R-WI). Yes, the very same Paul Ryan who takes his philosophic agenda from Ayn Rand (long time, now deceased, sociopath author of Atlas Shrugged, who was infatuated with a murderous psychopath way back when…), where greed and selfishness are the best attributes a human being can have. Another Wisconson-ite who would bankrupt the nation, end every social program we’ve come to depend upon, and turn this great country of ours to the rich and powerful. The very end of what little Democracy our country has.

I’m just glad I’m not affiliated with an organization who’s head guy is associated with that fascist slimeball Walker. Sure, I had a short affiliation with Amway, but I’m now glad that I am no longer involved with the company.

I guess Amway’s head guy isn’t as decent a guy as one might think, given his montra of helping people succeed in business.

I wonder if DeVos even pays attention to the job loss record, while giving his money to Walker’s failed governance?

Probably not…….He’ll just suggest you buy into Amway while his favorite governor of the month has put you in the un-employment line…..

Typical for a Republican/Conservative “con”.