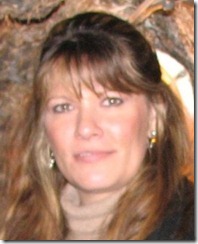 Dan Huberty claims that he has fought for and will continue to fight for the best possible education for our children. Someone should inform him Texas has a State Constitution and under Article Seven, it clearly states, “Essential to the preservation of the liberties and rights of the people, it shall be the duty of the Legislature of the State to establish and make suitable provision for the support and maintenance of an efficient system of public free schools.” Dan Huberty voted for reduced funding for Texas Education, brags about winning his seat by over 50 percentage points and to having some success in the 82nd Legislature.

The Humble Independent School District has joined several other districts in a lawsuit over the constitutionality of the funding of Texas schools by Huberty and the other Republicans in 82nd Legislature. I don’t see the results touted about Texas Education by Huberty and I don’t count his failure to fully fund public education as a success in any way. You would think that as a former Humble ISD Trustee and for someone who now sits on the Education Committee, Dan Huberty would have a better understanding that a school underfunded cannot provide “the best education”. The truth is contrary to his claim that the school districts will operate more efficiently as a result of the cuts.

With a little investigating it’s a wonder of what one can find. How does a Virtual School, otherwise known as a Cyber Charter School sound to you? One that is accountable to no one is cheap, and even though it has failed Texas students and is ranked as unacceptable by the Texas Education Agency, it is one embrace by Dan Huberty. He was the House Sponsor of Senate Bill 1788. Feel free to look it up.

Dan Huberty claims he wants to focus on growing the economy. I am not aware of how a school system ranked as one of the lowest in the nation can attract high wage employers. Maybe that’s why there is a term, “Cheap Labor Conservatives”. The average wages in Texas are far below the national average. A fact seldom mentioned when discussing employment in Texas.

Huberty’s run as a proponent for education has been a dismal failure. Education is not something that is a hit-or-miss issue. Failure to meet a child’s educational needs is something you cannot restore once gone. Maybe that is why Education is addressed so soundly in our State Constitution. Dan Huberty won’t be re-elected if Texans care about our children and require accountability for not living up to the requirements set by our State Constitution.