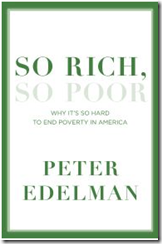 I saw the article that follows below and it got me thinking. Folks, it is not about class envy. It is about the survival of the country. We have been programmed to believe that any commentary about the wealthy’s disproportionate share of our nation’s income, wealth, or political power is either class envy or class warfare. Fox News constantly pushes that line as well as Right Wing radio and practically every Right Wing Republican. This is a well-designed and poll tested attempt to give you pause.
Nobody wants to be accused of envy or promoting some kind of warfare. Additionally, everyone wants to believe that they could be rich. Sadly that is not in the cards for the vast majority of Americans as the upward mobility of the middle class is eroding because of specific policies.

Let us stop believing the misinformation. Those that would continue policies to pilfer the working middle class frequently state the true fact that 47% of Americans do not pay federal income tax. What they fail to state is that they don’t because they make so little. Yet most of those that do not pay federal income tax do pay their full social security tax, their gasoline taxes, their sales taxes, their property taxes, and many other taxes. What is ironic is that the tax dollars collected by the government from the working middle class is immediately used to provide services to us all that are purchased generally from the corporations owned by the same wealthy class that is complaining about taxes and class warfare.

We must not succumb to fallacies. We must for the largest union of them all to get our voices heard. We must form the WORKING MIDDLE CLASS UNION. Consider  visiting  the Coffee Party now and help us help ourselves? Are with me? 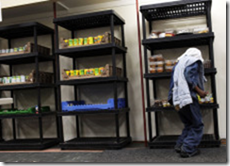 WASHINGTON — The doctrine of Bain Capital — as outlined by former managing director Edward Conard — is that the super rich got that way because they “earned” it.

The logical corollary is that financially battered middle-class Americans deserve what’s happening to them, too. And that the poor deserve to be poor.

Peter Edelman, a Georgetown University law professor and longtime anti-poverty advocate, takes the exact opposite view in his new book, “So Rich, So Poor.”

At an event for the book Monday hosted by two leading liberal advocacy groups — the Center for American Progress and the American Constitution Society — Edelman urged action by, and on behalf of, the broadest possible coalition of the 99 percent, against the 1.

“We need to have the largest ‘we’ we can get to defend what we have,” he said.

The goal, he indicated, should be to raise taxes on the rich and strengthen the social safety net — even as GOP leaders try to take it away.

“The first task, ” Edelman said, is to “stand up and say broadly” that the Republican budget proposals calling for austerity and cutbacks to social service programs “are just destructive. And the rhetoric … is just weird.”