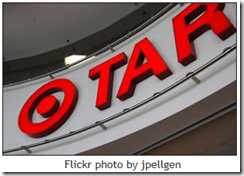 Shareholders and activists are gathering in Chicago today to protest corporate political spending, and Target stands front and center in their bullseye.

Target’s political spending practices have landed the company in hot water before, so shareholders are rightfully concerned. In 2010, Target came under fire for contributing $150,000 to MN Forward, a group backing Tom Emmer, an extreme right-wing candidate for governor of Minnesota. Emmer was outspoken in his opposition to gay marriage, including supporting a constitutional amendment to define marriage as between a man and a woman.

The contribution prompted a firestorm of protests and boycotts around the country. In a viral YouTube video, a woman cut up her Target card and explained why she returned every item she recently bought from the store.

“They’ve lost every purchase from my family,” she says in the video. “I’m going to boycott Target until they make this right.”

The donation displayed a stunning lack of discretion on Target’s part and seriously undermined Target’s public commitment to LGBT inclusion. Target extends domestic-partner benefits to same sex employees and has openly supported pride events in Minnesota. The Human Right Campaign gave Target a perfect score in 2009 and 2010 in its Corporate Equality Rating Index and its Best Places to Work for LGBT Equality.

So which is it? Clearly Target cannot both support diversity in the workplace and support a politician opposed to fundamental equality for the LGBT community.
The answer is that Target got burned by supporting the “pro-business” candidate because the pro-business candidate just so happened to not be the pro-people candidate. The Target fiasco is an example of the many perils of corporate spending. In an attempt to support a “pro-business” candidate Target instead supported views that flew in the face of the diverse and open environment it tries to create in the workplace. All political contributions and expenditures by corporations carry this same risk.

By getting behind specific politicians and political parties, corporations risk running afoul of their business purpose and of alienating huge numbers of customers. In Target’s case, the HRC estimated the buying power of the LGBT community in 2009 to be $759 billion. That’s a lot of customers and dollars to alienate in one fell swoop, and it surely doesn’t make for good business.

Even small donations can prompt a huge backlash from consumers. Given the ever increasing polarization in politics, this is exactly the kind of controversy that corporations should avoid like the plague. It only takes one off-color remark by a fatigued politician to create a hurricane of controversy. And the electorate clearly doesn’t buy the pro-business argument, if a company monetarily supports a candidate that company is linked to all of that candidate’s views, for better or for worse. [CONTINUED]