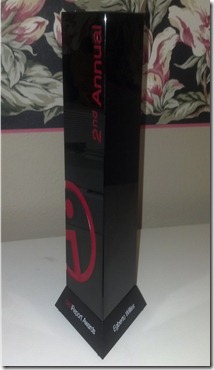 While at Netroots Nation 2012 a CNN iReport producer emailed asking for a headshot for a special project. CNN iReports always have special projects many of us work on because we simply love citizen journalism. CNN has given a unique opportunity to citizen journalist the ability to give their material national and international exposure using a mutually beneficial and symbiotic relationship. I simply thought they were preparing another set of ads for some new political project. Unbeknownst to me, they wanted the headshot because I was one of six to be 2012 iReport Spirit Honorees.

I got home late last night from the Houston Gay Pride. On checking my email and Tweetdeck the email and tweet congratulations were on the top of the stack. I wanted to go to Atlanta for the award show but my traveling non-budget is busted and unlike some of my other trips this Netroots was 100% out of pocket.

Congratulations to the other recipients, specifically Mark Ivy (k3vsDad) who challenges my political reports frequently and Matt Sky (liereport)  whose reports I always enjoy.

Of course, we must give all kudos to the specific iReports that won in 6 specific categories. My friend Melissa Fazli (MelissaF) won the Commentary category. She was up against another good friend Omékongo Dibinga (omekongo). Well, one had to win.

Of course, the big award went to the most prolific iReporter on the planet. My friend, Chris Morrow (ChrisMorrow) who lived in Conroe Texas but now resides in San Diego California, received the “One Community Choice Award”.

A group of us at Occupy Kingwood (Dr. Theis, Courtney Smith, Professor Davis, Professor Pogue) sent a shout out to the Award Show. CNN has been great in giving one of the longest Occupy events (our Occupy Kingwood) in the country coverage inasmuch as it is completely ignored by our local media.