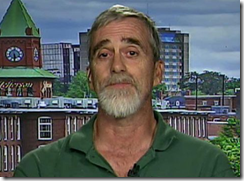 When campaigns are based on lies and misinformation one never knows when truth will raise its angelic head. Mitt Romney, a use to be moderate Republican not too dissimilar from President Obama in his values (less his propensity for vulture capitalism of course) had to remake himself by flipping and flopping many times over.

He reconfigured President Obama’s excellent speech about the government and others being instrumental in any entrepreneur’s success. After-all, it is government , we the people, that built the roads, airports, water plants, Internet, and other infrastructure businesses are dependent on. Taxpayers, we the people via teachers and other professions provided the knowledge that allowed the entrepreneur to innovate.

Creating an alternate state of reality that remains consistent is difficult. The Right Wing has been able to do it for north of 30 years. Let us hope that truth becomes the disinfectant this election cycle. For this we need an engaged electorate.