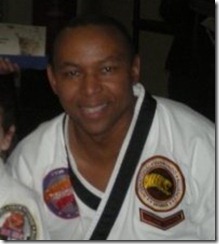 Past has always been prologue; and in Romney’s case it foreshadows a looming disaster. Romney’s cult waged war against the U.S. government in 1857; that is a documented fact. Why is it relevant? Because as he fails to offer anything other than well-rehearsed platitudes one can only conclude that there is a reason for this.

Let’s take a look back at the landscape in these words from then president Buchanan: Their (Mormon) hostility to the lawful government of the country has at length become so violent that no officer bearing a commission from the Chief Magistrate of the Union can enter the territory or remain there with safety. . . . I accordingly ordered a detachment of the army to march for the City of Salt Lake – as a posse for the enforcement of the laws. – President James Buchanan’s proclamation, Deseret News, June 16, 1858

Now take a look at then profit and territorial governor Brigham Young’s response:

We are invaded by hostile forces who are evidently assailing us to accomplish our overthrow and destruction. . . . Our opponents have availed themselves of prejudice existing against us because of our religious faith, to send out a formidable host to accomplish our destruction. . . . (I order) that all the forces in said Territory hold themselves in readiness to march, at a moment’s notice, to repel any and all such invasion. – Territorial Gov. Brigham Young’s proclamation, 1857

These people have never gotten over their paranoia or hatred of the federal government over what they were forced to swallow in order to gain admission to the union. They failed miserably back in 1857. The election of their loyal breakup specialist son as president will give them power on the inside as they have never had before. What do you think he’ll do if he gets in?