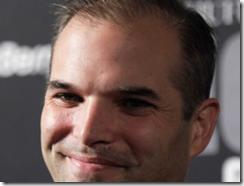 I wish many would understand that both campaigns have very intelligent people working for them. Moreover these people do internal polling throughout the campaign analyzing topics and policies that would get traction. Unfortunately each candidate must respond to the others topics and as such each drives the debate to silly town many a time.

It is fact that for some reason conventional wisdom has been that Republicans are the party of the economy inasmuch as all data prove otherwise. The reality is that more jobs have been created, the stock market has gone up more, and social justice has all been under the auspices of Democrats albeit with the help of many moderate Republicans in our most contentious times.

I hoped that we would have had a real debate on the totality of our economic system so we could see that disparity and inequality is policy driven, the concerted efforts to destroy unions, unfair taxation, and the corporate pilfering of the nation’s treasury and middle class.

Unfortunately instead we got a debate on social issues and false economic issues. If we had a real debate on economic policy and the history of said policies all but die hard Right Wingers would have rid themselves of every congress person and senator pushing supply side economics. The electoral landslide and popular majority that President Obama won would have been a blowout.

Matt Taibbi: Mitt Romney Would Have Won If Republicans 'Were Self-Aware At All'

Mitt Romney could have easily won the presidential election if he and his party had realized that they were turning people off, according to Matt Taibbi.

"If they were self-aware at all, Mitt Romney would probably be president right now," Taibbi wrote in a blog post for Rolling Stone late Thursday.

He argued that Republicans' message about financial responsibility could resonate with a lot of people, but unfortunately it is a cover for their belief that women and minorities are "parasites."

Modern Republicans "have so much of their own collective identity wrapped up in the belief that they're surrounded by free-loading, job-averse parasites who not only want to smoke weed and have recreational abortions all day long, but want hardworking white Christians like them to pay the tab," Taibbi wrote. "Their whole belief system...is inherently insulting to everyone outside the tent – and you can't win votes when you're calling people lazy, stoned moochers."

Matt Taibbi: Mitt Romney Would Have Won If Republicans 'Were Self-Aware At All'