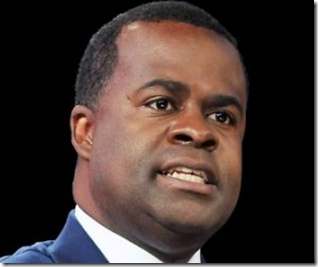 This week Mayor Kasim Reed issued a press release showing his new found support for Marriage Equality. In the press release he said

“Today marks an important day as I announce my support for marriage equality,” said Mayor Reed. “It is well known that I have gone through a good bit of reflection on this issue, but listening to the stories of so many people that I know and care about has strengthened my belief that marriage is a fundamental right for everyone. Loving couples, regardless of their sexual orientation, should have the right to marry whomever they want. By signing this resolution, I pledge my support to marriage equality for same-sex couples, consistent with equal protection under the law provided under the Fourteenth Amendment of the United States Constitution.”

Mr. Reed is a good mayor and was a dedicated supporter of President Obama. His “come to Jesus” moment seem to be more political than moral. Sadly this applies to the president as well.

When president Obama came out in support of marriage equality with Robin Roberts, it energized his gay base. Sadly it did not speak well about what could have been, rights not delayed. The article “It Is Time For President Obama To Support Gay Marriage Now” addressed this issue in a complete and complex manner.

For a black mayor and a black president to not have understood why gays felt themselves second class citizens is to deny their own reality and experience. While one can understand a slow walk on the issue or even not doing anything about it for political reasons, stating non-support in the past was likely a slap in the face that gays accepted for the lack of having no other options.

Bigotry is bigotry no matter who are the perpetrators. On this issue both Mayor Kasim Reed and President Obama were explicit bigots though most know where their morals were internally. If most would stop attempting to appease the small but vocal racists, bigots, and false prophets, and instead use their leadership position to educate, the country would be in a much better place.

What is most important is that a lesson was learned this election cycle. All Americans matter. If the values, wishes, and desires of all Americans are taken into account irrespective of economy or other factors, an election can be won. This will be the reason timid politicians will now grow a spine.