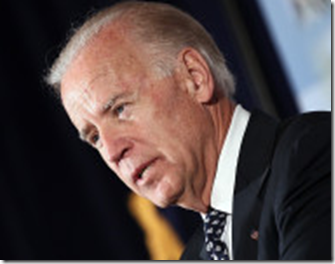 One can only wonder why it took this many killings for the president to attempt to get serious about sensible gun control to protect the American citizenry. In assigning Joe Biden to this task he may be attempting to dilute attacks on him as being the president taking away guns.

It will take a constant push from the public to ensure that as time goes on the NRA is not allowed to subliminally change the discussion in a manner to limit or halt progress toward strict gun controls that protect the public. This is imperative.

WASHINGTON, Dec 19 (Reuters) – President Barack Obama will announce on Wednesday that Vice President Joe Biden will lead an effort to come up with policies to address gun violence amid calls for action following the massacre of 26 people including 20 children in a Connecticut elementary school last week.
The president is not expected to announce policy decisions but rather lay out the process by which his administration will move forward, White House aides said.
Obama has turned to Biden in the past to take a role in high-profile policy initiatives, such as efforts to seek a deficit-reduction compromise with congressional Republicans in 2011.
Biden’s mission – to coordinate a process among government agencies to formulate policies in the wake of the Newtown shootings – comes just days after an event that appears to have generated a national outcry for greater efforts to stem gun violence.
The Connecticut massacre was the fourth shooting rampage to claim multiple lives in the United States this year.
The president issued a call to action at a memorial service in Newtown on Sunday, demanding changes to the way the United States deals with gun violence. Obama said that in coming weeks he would "use whatever power this office" holds to start efforts to preventing further such tragedies.
However, gun control has been a low priority for most U.S. politicians due to the widespread popularity of guns in America and the clout of the National Rifle Association, the powerful gun industry lobby.
The constitutional right to bear arms is seen by many Americans as set in stone, and even after mass shootings, politicians have tiptoed around specific steps to limit access to lethal weapons.
Even so, the horror of the Newtown killings, in which a 20-year-old man killed 6- and 7-year-old children and their teachers in their classrooms before taking his own life, has provoked an apparent change of heart in some politicians who have previously opposed gun control.