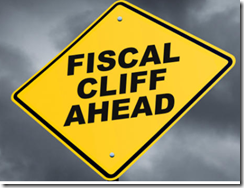 This has created a country where the wealthiest 400 people have accumulated more than the bottom 175 million Americans. Our policies value only those with capital as they attempt to demonize workers, unions, and anyone fighting for a living wage.

While Republican politicians choose to be completely oblivious to the poor and middle class, Democrats realize that the population needs a good cop lest we get social and economic instability that occurs when a population is continuously pilfered. Make no mistake however, both their policies is intent on protecting the wealthy.

Almost 90% of the financial wealth in this country is owned by 10% of the population. Approximately 60% of all income in this country goes to the top 20%. Yet, politicians, the corporatocracy, and the wealthy would like middle class America to believe they just are not doing enough, they must pay more.

The middle class is tapped out. The wealthy by the share power of their capital and ownership of most politicians have pilfered them. There should be no cuts in Social Security, Medicare, or any other part of our social safety net. Our policies must be re-biased to the middle class. We must revisit “The People’s Budget”, a real middle class centric budget proposal.