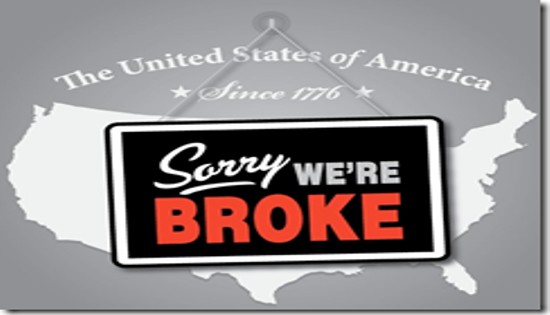 If one watches CNBC or most financial channels, the impression is given that the free market as the best allocator of resources if left unfettered is the solution to all that ails the country’s economy. This god, the free market, will ensure that productivity and efficiency are rewarded. Additionally ones wage is somehow proportional to their worth within the economy.

The reality is that all those pretty words and theories amount to hogwash. As productivity increased in this country, and employees provided more value, only those at the top that do little got the spoils. These are theories intent to keep a class system in which a very select few control most of the capital and the government. A selected buffer class just large enough to be very obvious, that has the semblance of prosperity guards the gates. And then, there is the rest, the struggling middle class and the poor class.

Firstly, there is no free market. Corporations are grabbing patents or acquiring patents left and right however dubious the claims. Farmers are losing their ability to grow their crops free with their own seeds, because of cross pollination with genetically modified seeds of major corporations who own the patent on those seeds. New innovations are stifled when corporations stop them based on some dubious claim of patent infringement.

Secondly, while politicians are elected democratically, they are generally elected on false premises. The fact the mainstream news media is controlled by a few companies, means that the messaging heard by Americans are corporate centric. As such, only politicians that toe the line tend to get the ability to get a message out that can get them elected.

Most Americans are broke. There is a semblance of having but they are broke. Even assets that use to be considered sacred, an asset to be passed to the next generation, one’s home, is being taken away by using advertising that induce bad decisions. The reverse mortgage while in very few instances can be a good thing, is sapping the last piece of wealth the average middle class American could count on.

Thirdly, the current tax structure mathematically ensures the demise of the middle class. This is a mathematical fact. The working person’s income comes mostly from wages. The wealthy person’s income comes mostly from municipal bonds and capital gains. Wages are taxed at up to 39% and municipal bonds interest is not taxed at all while capital gains are taxed at 15%. It is a mathematical impossibility that the wealthy will not continue to get a very disproportionate take of the pie. Worst, if the growth rate of the pie is stagnant or near stagnant it means income and wealth inequality and poverty accelerates. All of this is borne out by today’s American reality.

Right Wing and centrist “economist” would like to make one believe that the reason for most of these problems are caused by job polarization, high skill and low skill employment growth, while the middle stagnates mostly because of technological changes. The article, “Job Polarization in the 2000s?” dispels this fallacy.

The reality is that there needs to be systemic change in which there is the correct balance between “good government”, “good corporations”, and the individual with a bias towards the individual. In the book “As I See It: Class Warfare The Only Resort To Right Wing Doom” an attempt is made not only to describe the problem but talk solutions in layman form. Others have attempted to express solutions in more stark terms.

The elite talking class on the major networks, whether from the center or the right have misled Americans. The wealth of most Americans has been in a state of stagnation since the institution of Ronald Reagan’s supply side economics (termed voodoo economics by

George HW Bush) that America is still living under. Until this form of economics is disbanded and corrective action taken via the tax system, the middle class will continue to falter and the Plutocracy will continue its unfettered reign.

There are many Washington based organizations that claim to be making an attempt to un-corrupt our politics. Sadly many of these suffer from the same corruption indirectly because of their funding. Coffee Party USA and Move Amend are two grassroots organizations, based outside of Washington DC that are working to both educate the body politic as well as effect change by directly engaging politicians.