The following article was written by Kaitlin Sopoci-Belknap, Move To Amend National Director and Executive Committee member. The article she wrote below was also published by CommonDreams.org. She was interviewed on Move To Amend’s new radio show “Move To Amend Reports”.

Citizens United is Just the Tip of the Iceberg 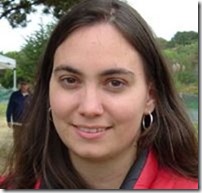 It’s been three years since the Supreme Court issued its outrageous decision in Citizens United vs. FEC, overturning the flimsy campaign finance protections afforded under McCain-Feingold law. The case opened the floodgates to billions of dollars perverting our elections, much of it completely unreported, and some amount even coming from foreign corporations and governments. The Court literally legalized bribery, and wealthy individuals and special interests took full advantage of it.

As shameful as that decision is, we must confront the sobering reality that it is only the tip of the iceberg. A small ruling elite (often succinctly described as the 1%) have stolen control of the country, and they are ruling over us. They use the façade of elections to legitimize the theft. And even when decent legislation is enacted, they use the Courts to overturn those laws. Citizens United vs. FEC is merely a deepening of the crisis of corporate rule. 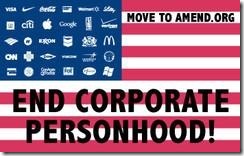 At the crux of the crisis are two core legal doctrines. One is “corporate personhood,” a court-created precedent that illegitimately gives corporations rights that were intended for human beings. The other is “money equals free speech.”

An amendment to the US Constitution is the only lasting solution to this problem. The only amendment worth fighting for MUST address both doctrines. As a quick refresher, here is are some examples of we must abolish ALL corporate constitutional rights:

Since the problem of corporate constitutional rights is multidimensional, the solution must be comprehensive.

One hundred and sixty years ago, those who believed the section of the Constitution (Art 4, Sec 2) defining people as property (slavery) was fundamentally immoral didn’t call for ending one or two dimensions of slavery. They didn’t organize to establish legislation through Congress, or a Slavery Protection Agency, nor ask slaveholders to sign a voluntary code of conduct to treat slaves a little less harshly. They called for abolition of the institution of slavery.

And today, the Move To Amend coalition suggests that we should not limit our vision and actions. Yes corporate money in elections is a problem. So let’s make sure our solution actually gets to the root causes.

Let’s set out to amend the constitution in a way that abolishes all rights wrongly granted to the corporate form over the last two centuries. Let’s put an end to the institution of corporate constitutional rights itself.

Nothing less is worth the considerable time and learning, grit and energy, required to amend the Constitution.

Why not make the result worth the effort?

To get involved in the grassroots movement to amend the Constitution, sign the petition at www.MoveToAmend.org.

Kaitlin Sopoci-Belknap serves on the Executive Committee Move to Amend and is the National Director of the organization. She can be reached at [email protected].