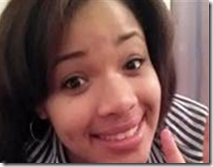 America lost yet another child by a vicious gun shooting in Chicago. Hadiya Pendleton, a student at King College Prep School and majorette in the band, who performed with her classmates at President Obama’s inaugural events last week in Washington DC, was gunned down in a South Side park.

According to her mother, Hadiya and a group of friends were standing and taking cover from the rain when the vicious shooting occurred. ABC News reported that

A man jumped a fence and ran towards the group and opened. As the teenagers scattered, two were felled by the gunfire. Pendleton was shot in the back and Lawrence Sellers was shot. He is listed in serious condition, police said.

The area where the teenagers were seeking escape from the rain is a known gang hangout and police believe the shooter mistook the kids for gang members. Pendleton does not have an arrest record and there is no indication she is part of a gang, the police said today.

The shooter sped off in a car. 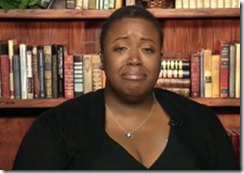 Hadiya’s mother, Cleo Cowley , was a  guest on MSNBC’s PoliticsNation with Al Shapton. Holding back tears she said that her little girl was special. She said her daughter enjoyed Washington DC and contemplated being in politics, Her mother was doing all that was necessary to ensure Hadiya was a well rounded child. In fact she said our daughter would have been going to Europe in the spring.

This is one of our children. Just like the precious 20 little kids killed in Connecticut, these kids are our future. We are allowing bad gun policies to get them killed.

The constant killings with guns continue. How many more must die before America’s politicians begin listening to their constituency? How much longer will our precious children, our spouses, our neighbors, our aunts, uncles, fathers, grandfathers, mothers, and grandmothers be virtually prostituted, in order for gun manufacturers to continue selling weapons of mass killing, under the pretext of Second Amendment rights?

How much longer will the media allow themselves to be spun with statements like “guns don’t kill, people do”, or “the answer to a bad person with a gun is a good person with a gun”? How much longer will the real outcomes of having guns in the home be given minor coverage? If Americans new that having guns in the home increase one’s likelihood of being murdered by a gun by several orders of magnitude, would they still have them?

The reality is that going forward we must make politicians pay a price for inaction. We must contact all our representatives and let them know absent effective gun controls they will not be re-elected. We must neuter the National Rifle Association (NRA). The NRA has no interest in humanity. Their sole interest is in keeping a pipeline open for gun manufacturers to spew their venom for profit.