Harris County Democratic Party Chairman Lane Lewis methodically details the destructive nature of current Texas Republican policies on our children’s education. Most importantly he is calling out Texans in Harris County and beyond to speak up and make their voices heard. Unless we force the politicians to invest in our kids education or future, they will continue to serve the needs solely of the moneyed interest. 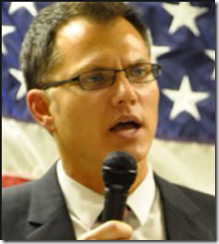 Can you believe this is even a debate we are having?  How is it responsible for Republican legislators in Austin to starve public education, even while we have more kids in our public schools system than we did two years ago!

There seems to be no end to the ever-growing list of those which the Texas GOP is straightforward willing to truncate, disenfranchise or alienate. Joining the thousands of families, teachers, Latinos, women, African Americans and the poor, Republicans in the Texas Legislature once again, add Texas schoolchildren.

In 2011, the Republican Texas Legislature cut education funding by 5.4 billion dollars, which equates to nearly 500 dollars less per student. Moreover, the GOP controlled legislature had no problem with laying off nearly 15,000 teachers. As a former educator, I am able to see that these kinds of decisions are direct reasons why Texas is ranked dead last in high school graduation rates. The impact will be long-lasting and drastic if we do not reverse course.

President Barack Obama underscored the importance of pre-kindergarten programs in his 2013 State of the Union Address to U.S. Congress:

“Study after study shows that the sooner a child begins learning, the better he or she does down the road. … And for poor kids who need help the most, this lack of access to preschool education can shadow them for the rest of their lives.”

With the negative impact so clear and significant, it is incomprehensible why the GOP is so willing to sacrifice the education of Texas children to make up for their failure to properly manage the state’s budget.  Even further, Republican Representative Debbie Riddle has introduced a bill to abolish the Harris County Department of Education now that Democrats lead the Board.  HCDE facilitates numerous programs not the least of which is Head Start. It is not right. It is unfair. It is an outrage.

The 83rd Texas Legislature has an opportunity to right this wrong to Texas children.  State Senator Rodney Ellis (SD13) says this year provides an opportunity to reverse the 2011 public education cuts. “Tax collections are estimated to be $8.8B over what was projected for the current biennium, and the state’s Rainy Day Fund will have almost $12B sitting in it by the end of 2015.”

The Harris County Democratic Party calls on the 83rd Texas Legislature to use a portion of these funds to restore cuts made to public education in the last legislative session. Republican leadership has Texas ranked near the bottom nationally in education, and while the Texas GOP has brazenly disregarded the majority of Texas families, certainly it can find a way to discontinue undervaluing the state’s most precious resource: Texas schoolchildren.

Issues such as this do not go away by doing nothing. Even though the current funding system for public education was recently ruled unconstitutional, reform may not take place until as late as 2014. Action compels change. By talking to your neighbors, attending rallies, calling your elected officials, and utilizing our democratic tools at our disposal, only then can we set onto a new path.

Our legislators should be giving our schools the resources they need so we can be graduating young adults ready for college or the work force.  We cannot do that by cutting public education.