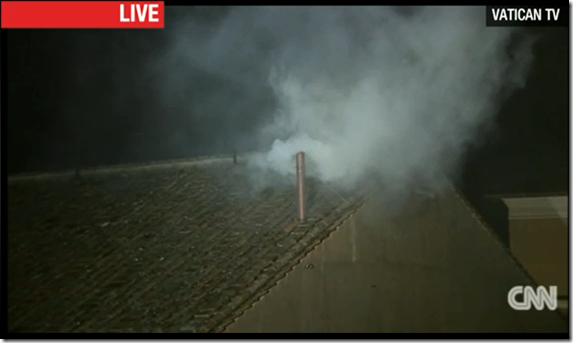 Editor’s note: Read more coverage around the new pope in Spanish at CNNMexico.com

Rome (CNN) — Pope Francis, the first non-European pontiff of the modern era, revealed himself to the world from a balcony at the Vatican on Wednesday.

Jorge Bergogolio, who served as archbishop of Buenos Aires, took the name Francis shortly after being elected by cardinals in what was apparently the fifth round of voting on the second day of the conclave.

What do you think about the new pope? Tell us.

"As you know, the duty of the conclave was to appoint a bishop of Rome," Francis told a cheering crowd of thousands packed into St. Peter’s Square.

"It seems to me that my brother cardinals have chosen one who is from faraway. … Here I am. I would like to thank you for your embrace."