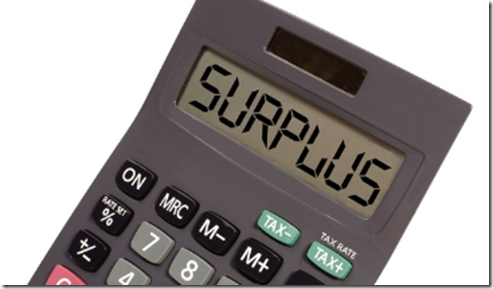 In February Texas republican Governor Rick Perry made a trip to California. His supposed intent was to lure California businesses to Texas. The premise is that Texas is more business friendly than California. To be sure, Texas is a state that gives away over $19 Billion in taxpayer dollars even as it cuts basic and higher education. Instead of reinvesting its surplus in human capital, it is attempting to change the Texas constitution to return surplus dollars.

California has been seen as a basket case with regards to its exploding budget deficits. Interesting enough this was occurring during the administration of Republican Arnold Schwarzenegger. He attributed the deficits to reduced tax revenues and overspending. He cut programs in draconian fashion but could never escape the reality that he was making the problem worse. Ultimately he did what both Reagan and Bush did, leave exploding deficits to their successors.

Democrats President Bill Clinton, President Barack Obama, and Governor Jerry Brown did not attempt an ideological game with blinders to the actual results. They tried basic arithmetic. They raised taxes. Interesting enough, the results were the same.

Bill Clinton got a balance budget with a surplus. Barrack Obama is seeing a budget deficit that is shrinking much faster than anyone expected and much faster than advised by economist for proven Keynesian economic reasons. Suffice it to say that the budget deficit hole left by two wars, two massive tax cuts, and a massive drug program on the credit card by the previous administration along with an irresponsible & intransigent Congress cannot be solved in two terms.

Jerry Brown remembered basic arithmetic as well as he brought California to a budget surplus. He raised taxes on the wealthy and cut programs (some more than he should). Does this sound familiar, the balanced approach? Time and time again the evidence is out there that it works and it improves the economy for all.

While Texas has a low unemployment rate comparatively, low regulations comparatively (effects?), low taxes comparatively, and tax dollar giveaways that are great for businesses in the short term, California must not attempt to remake its new found surpluses in Texas’ image. After all, rain in the desert makes for some of the most beautiful flora for a few weeks. We know exactly what happens after that. They dry up and die. The Texas flora may be flourishing as all the nutrients are being sucked out of the middle class. Twenty five percent of its people are without healthcare even as Governor Perry refuses to accept expanded Medicaid from Obamacare. Teachers’ wages are stagnant. Quality of public schools as measured by national tests is substandard and falling. Yet, the Texas governor wants to return surpluses.

The director of external affairs for the California Department of Finance, H. D. Palmer believes that a good deal of the surge in revenues are from a one time realization of capital games by wealthy individuals at the end of 2012 that is unlikely to reoccur. The Governor and many Democrats thus do not support significant increases in spending.

Some believe the governor simply want to leave a legacy of a budget solver and that inasmuch as the office of the independent legislative analyst believes there is a much bigger budget surplus, he is willing to err on the backs of the poor. Others believe because of the volatility of revenue gyration, much caution is needed. Speaker of the Assembly John A. Perez seem to have the most pragmatic solution. Put some of the revenues in a contingency fund and increase spending on scholarships to middle class students.

Maybe the reason back in February California companies did not bite on Governor Perry’s “sell Texas” tour is that inasmuch as they may love that the Governor of Texas is willing to pilfer the middle class to bring them to Texas, they know a pilfered middle class does not make the best workforce. California spending its surplus not on tax cuts, or abusive business incentives but instead on human capital in the form of education and improved healthcare is a sustainable long term solution.

California has a lot more work to do. A budget surplus is not enough. Policy that taxes appropriately and the wise investment of those dollars is of utmost importance. The governor must be commended for a job well done and the necessary caution in the use of his good fortune.