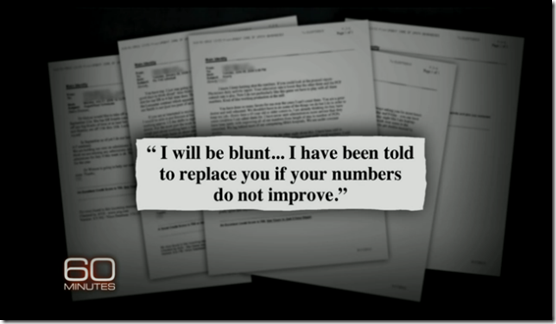 This is not rocket science. If a hospital is for profit then hospitals will do what is necessary to increase their profits. It is their fiduciary responsibility to their shareholders.

Those who want to maintain a virtually unregulated and expensive private healthcare system want Americans to keep their blinders on. They want Americans to disregard math, facts, historical data, and empirical data. They want to treat the healthcare system as if it is a market, a healthcare market in which products would be correctly priced based on supply and demand with private entities keeping costs down through competition.

Insanity by many is defined as doing the same thing over and over again and expecting a different result. Insane then defines those that continue to push and support America’s virtual laissez faire healthcare system.

Simple math dictates that if there are many entities managing the payment of medical bills, each with its own bureaucracy (CEO, President, Board of Directors, advertising, IT systems, shareholder profits, etc.), it is impossible for such an entity to be more efficient than one entity responsible for paying a medical bill. A single payer system, a system where one entity is standardized to pay all medical bills that ALL abled Americans pay into, is much more efficient. It is basic arithmetic.

The math evidence is absolute. For those who are predisposed to disregard math, the historical data is there as one compares healthcare between single payer and universal care countries with the US.

Today on 60 Minutes Steve Kraft in his piece titled “Hospitals: The cost of admission”, provided empirical evidence to the reasons why a market based healthcare system is inherently a failed system, a more expensive system. He starts his piece with the following statement.

If you want to know why healthcare cost so much in this country, consider this. It is estimated that $210 billion a year, about 10% of all health expenditures goes towards unnecessary tests and treatments and a big chunk of that comes right out of the pockets of American taxpayers.

That says it all. Those unnecessary tests become the unearned income of the shareholders and owners of the labs and associated businesses. It is direct theft from American citizens that buy insurance and from American citizens that pay taxes. It is a transfer of wealth from the many to the few. It is for this reason there exists a misinformation campaign that is intent on having Americans believe the American healthcare system is the greatest even though it is not. It is a high stakes game and Americans’ lives and treasure are at stake.

The 60 Minutes piece can be summarized as follows. In order to maintain high profits, Health Management Associates (HMA) hospital administrators forced doctors through coercion to admit patients to hospitals whether they needed to or not. Additionally they forcefully encourage doctors to provide unnecessary tests.

When one takes a car in to change the oil, the technician is trained to encourage you to change the filter and other incidentals. When the carpet man comes to clean your rug for $99.00 you know the upsell could double the price. You however have the option to say no with no serious worry of fatal consequences.

You do not expect this from a healthcare system as the patient generally cannot or will not say no. After-all this is their bodies and it could be a life or death situation in their minds. It is for reasons like this and many others that healthcare cannot be considered a market like one would consider in the buying and selling of other products and services. To treat it that way is immoral.

According to Kroft, after the 60 Minutes piece aired, HMA’s admissions fell and their profits declined. While Obamacare will put more controls to protect the consumer, until a single payer system is implemented to wring inefficiencies out of paying for healthcare, until doctors’ educations are subsidized to protect them against unbearable student loans, and until the government gets paid by drug companies for profits made on research paid for by the American taxpayer, the American healthcare system will remain expensive and inefficient. It will remain nothing more than a wealth transfer engine to the shareholders of hospitals, medical groups, insurance companies, and drug companies.