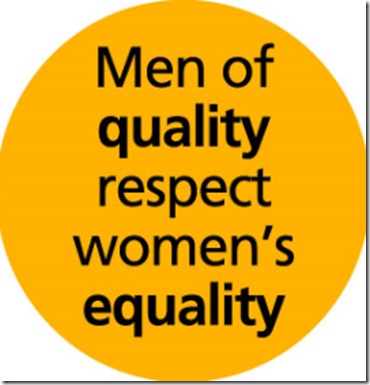 All around the country state legislatures dominated by Republicans have continued to pass laws that restrict women’s rights to their own bodies or rights that ensures them equal access to parity with their male counterparts.

The New York Times reports this new attack on women rights to their own bodies as follows.

Yet after the high-profile murder trial of an abortion doctor in Philadelphia this spring, many Republicans in Washington and in state capitals across the country seem eager to reopen the emotional fight over a woman’s right to end a pregnancy. Their efforts will move to the forefront on Tuesday when House Republicans plan to bring to the floor a measure that would prohibit the procedure after 22 weeks of pregnancy — the most restrictive abortion bill to come to a vote in either chamber in a decade. [source]

The country has many problems. Specifically the nation has a low wage and  unemployment crisis that was created by decades of bad policy.

Instead of attempting to write substantive laws to fix the unemployment problem and to fix a stubborn wage problem that the public sector is unwilling to fix, Republicans in Congress continue to write meaningless laws, laws damaging to citizens as whole, and laws damaging to women specifically.

Aware of the risks inherent in abortion politics, Republican leaders have moved to insulate themselves from Democrats’ criticism that they are opening a new front in the “war on women.” Representative Marsha Blackburn, Republican of Tennessee, will manage the debate on the bill when it reaches the House floor, a role that would customarily go to the sponsor, Representative Trent Franks of Arizona.

And in a last-minute revision, House leaders slipped in a provision that would allow for a limited exception in cases of rape or incest, but only if the woman had reported the crime.

Still, the re-emergence of abortion as a driving issue among the conservative base has left some moderate Republicans baffled.

“I think it’s a stupid idea to bring this up,” said Representative Charlie Dent of Pennsylvania. “The economy is on everybody’s minds. We’re seeing stagnant job numbers. Confidence in the institution, in government, is eroding. And now we’re going to have a debate on rape and abortion.”

Mr. Dent said the party risked opening itself up to another “Akin eruption,” a reference to Todd Akin, a Missouri congressman who was defeated last year in a Senate race after saying women’s bodies could block a pregnancy after “a legitimate rape.”

Indeed, Republicans had an unpleasant reminder last week of how perilous the politics of reproductive rights can be when Mr. Franks defended his bill’s lack of an exception for rape by saying incidents of pregnancy after rape were “very low.” This occurred at a meeting of the House Judiciary Committee, which Democrats noted with some satisfaction contained not a single woman on the Republican side. [source]

One might ask what possesses one party to continue on a long term self-destructing path. The short answer is that most Republican do  not feel a need to compromise their intrinsic values that are at odds with the vast majority of Americans because gerrymandering and low voter turnout from those they hurt give them a lock on the House of Representatives.  While that might be true, there are certain dynamics in action that will change that equation within the next 2 to 8 years.

Texas, the state with the worst voting participation is being mobilized by Battleground Texas and other groups feverishly registering voters. These groups are also education voters on issues that affect them that are anathema to Republicans’ current policy but that cause them material and social harm.

Ultimately, when mobilized, Americans react. The same will occur in the not too distant future. Americans always ultimately make the correct choice. Sometimes it is slower than expected, but better late than never.