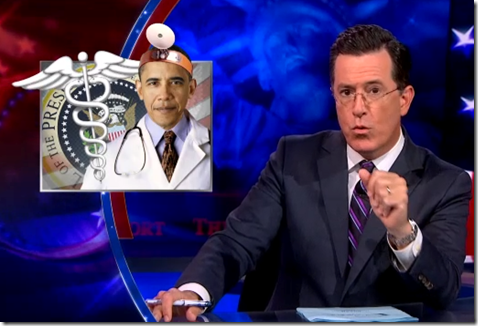 Have the American politics really come to this? This is reminiscent to third world strategies to mislead an ill-formed population. Republicans continue their unethical and immoral lies about the effects of the Affordable Care Act (Obamacare) on businesses and jobs. They have released a propaganda kit to instruct their members on how to lie and promote the lies in different venues.

When one presides over a Congress that is on track to become the least productive Congress, what choice is there? While during the 2010 elections the Obama administration tended to simply ignore the attacks or timidly defend the program, this time around seems to be different.

Medicare Chief Marilyn Tavenner, according to Reuters said she has only found anecdotal evidence that employers are reducing hours or benefits because of the affordable care act. An angry Rep Steve Scalise (R-LA) then told her it seemed she is living in a cocoon.

Interesting enough Ms. Tavenner is in the field, not in an office with provided Freedom Works talking points. She did not let his rhetoric go unanswered.

“I’ve met with large employers in Georgia and Florida. I’ve met with small employers. I’ve been all across this country,” Tavenner said. “I actually talked to over 1,000 small businesses in Miami a couple months ago, and what they’re doing is, they’re trying to learn about the law and see if they can make it work for them.”

The Whitehouse also released real data earlier in the week dispelling the fallacy that the Affordable Care Act affected job growth, reduced worker hours, or caused healthcare costs to skyrocket. The Obama administration should have provided a full throated defense of the Affordable Care Act back in 2010. It would likely have mitigated a turnover of the House to intransigents that have inhibited progress on healthcare, the economy, and education.

The President visited Congress this week to give Senators and Congresspersons a pep talk. According to The Hill.

Obama said Democrats “are on the right side of these issues and the right side of history in terms of providing healthcare to Americans,” said Rep. Janice Hahn (D-Calif.), who described the talk as a pre-recess “send-off.”

Rep. Peter Welch (D-Vt.), who was in the same meeting, said Obama expressed confidence that the law’s popularity will rise once it’s implemented.

“People are going to see that it’s working, [that] the sky didn’t fall, and then the arguments that persistently advocated against it, they’re going to start to fade away because nothing is going to be more powerful than it actually working and people seeing that they can get coverage and get more security,” Welch said, describing Obama’s message.

The Affordable Care Act is the law of the land that was passed by Congress, signed by the President, and upheld by the Supreme Court. Attempts to stymy the bill is unconstitutional behavior as it attempts to have the Legislative branch usurp the power of the Executive to execute the law of the land. What is ironic is that those attempting this feat are the same ones that wrap themselves in the flag and the constitution. Is that patriotic?