Instead of playing politics, Rep. Poe has an opportunity to fall on the right side of history and support a bipartisan solution to a complex challenge. Rather than obstruct a bipartisan bill, Rep. Poe should take the approach of Republican leaders, such as Senators McCain, Corker, and Graham.

Ultimately, S.744 is also a solution to a political problem for Republicans. Although redistricting has made some, like Ted Poe, safe, the time will come when diversity will be the victor and Republicans will be forced to campaign for those votes, as well.

As Latino voters showed, the vitriol spewed by Republicans and the lack of support for a path to citizenship were causes for Obama earning 71 percent of the Latino vote. And as polling shows, Latinos are watching. We urge voters to contact Rep. Poe and the Texas Congressional delegation to tell them to do their job and consider S.744 on the House floor. 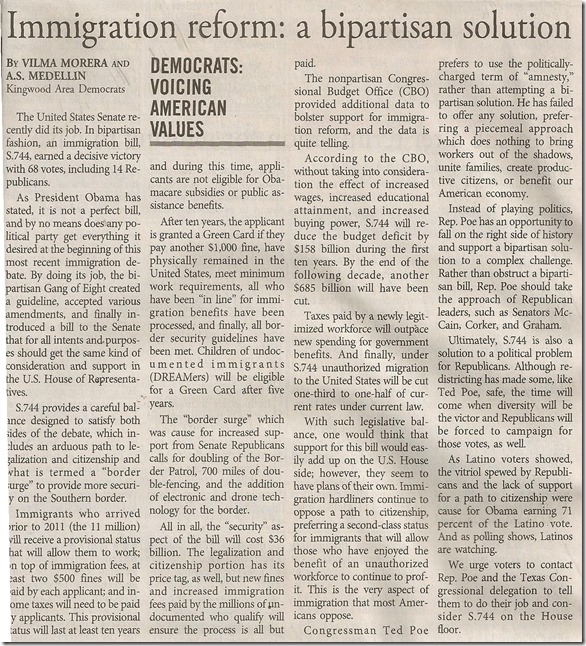