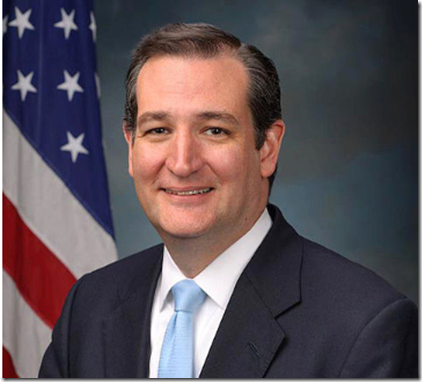 Texas Senator Ted Cruz has a birther problem. Seems like he is still a citizen of Canada. No wonder he has been extremely happy to jump on the bandwagon to repeal Obamacare. He always knew that he would have socialized medicine for himself as a citizen of Canada.

According to the Dallas Morning News,

some legal experts say that Cruz also became a Canadian citizen by virtue of being born there, and must renounce his citizenship there, lest he remain a citizen of both countries. [Source]

Now the Dallas Morning News says that I may technically have dual citizenship,” Cruz said in a statement. “Assuming that is true, then sure, I will renounce any Canadian citizenship. Nothing against Canada, but I’m an American by birth and as a U.S. senator; I believe I should be only an American. …

“Because I was a U.S. citizen at birth, because I left Calgary when I was 4 and have lived my entire life since then in the U.S., and because I have never taken affirmative steps to claim Canadian citizenship, I assumed that was the end of the matter,” Cruz said.

Cruz, who released his birth certificate as part of the Morning News story, accused the media of focusing on trivial issues.

The lack of concern shown by the birthers towards the country of Ted Cruz’s birth proves that their concern with President  Obama had little to do with his country of birth but instead his pigmentation.