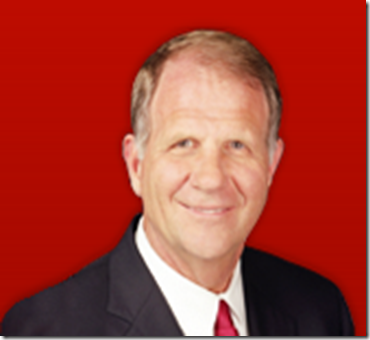 Ted Poe is happy to put out the press release below. He voted to defund Obamacare. Let’s be clear. Ted Poe knows Obamacare cannot and will not be defunded. It is the law of the land. He is playing with the minds of his constituents.

I have been on many of his phone town halls and listened to him lie to folks in his district about the Affordable Care Act (Obamacare). It is a disservice to the parents with college age kids that are able to now stay on their policies. It is a disservice on those right here in Kingwood, Humble, Atascocita, and Houston who can now get insurance since Obamacare eliminates insurance companies from discriminating against those with pre-existing conditions. It is a disservice to the lives that were and are saved from pre-screenings included in every insurance plan at no additional charge.

Ask Ted Poe what he will do for those that will be affected by defunding. Ask Ted Poe to walk his district including here in Kingwood and see how many otherwise ‘affluent’ constituents were unable to get decent healthcare before Obamacare.

For any Republican or Conservative reading this post, let me be frank. Personally I would prefer this bill  if it were single payer or had a public option. I do not believe private insurance have any business in healthcare as  they are nothing more than middle men pocketing 30% of the premiums. This bill is a bill that was previously sanctioned by the Heritage Foundation, the most conservative of Think Tanks. They wanted a mandate because you know “those people want things for free”. They wanted private insurance companies making profits on your dollars because otherwise it is socialized medicine. Yes, skim your money so it would not be called socialism.

Obamacare is law and it will be good for America. Work to improve it. Work to get the money launderers out of healthcare. But do not make the charlatans and snake oil selling politician make you vote or support policies that ultimately hurt you, your family, and your country.

Someone needs to step up and run against Ted Poe and every politicians that is trying to stiff the working middle class.

“Today the House voted on a CR that will keep the government open, get Washington spending under control and protect Americans from the harmful impact of Obamacare,” said Rep. Poe. “Senator Reid has already said that any legislation that defunds Obamacare is dead on arrival in the Senate. Why? An overwhelming majority of Americans agree that Obamacare is an unworkable law that destroys jobs, limits choice and raises cost of healthcare. The message of Americans has been clear: do not surrender our health care to the government. Congress has an obligation to reflect the true will of the people. The House has acted; it is time for the Senate to do the same.”

·         Full Faith and Credit:Adds H.R. 807, the Full Faith and Credit Act, to the CR, requiring Treasury to make good on public debt payments should America reach the debt ceiling. This guarantees that the White House will not be able to play politics by ensuring that beneficiaries receive their social security and disability payments by prioritizing obligations to the Social Security Trust Fund. This demonstrates the seriousness with which we are approaching the essential task of delaying Obamacare before it afflicts all Americans.