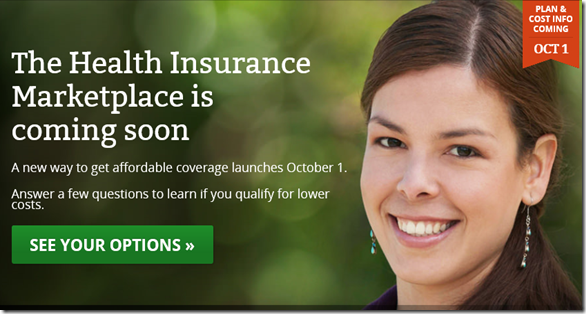 It is sad that America has been misinformed for so long. It is sad that Fox News, Rush Limbaugh, Sean Hannity, Sarah Palin, and many of the Right Wing hacks have so misinformed their followers. It is sad that these followers have allowed themselves to be willfully ignorant on the Affordable Care Act (Obamacare) and many other issues of vital importance to our economy.

The reality is one cannot fully blame our fellow citizens. Our traditional media’s journalists were a distinct failure. In fact one specifically said it was not his job to dispel Republican lies about Obamacare. Americans depend on their ’respected’ journalists to keep them inform. Journalists did not do their jobs and they allowed the lies from Republicans to seem plausible and metastasize in the psyche of many. Krystal Ball says it better than most.

For  those that were fooled by poor journalism and lying Republicans, it is imperative for the fiscal and health well-being of their families that they acknowledge they have been had, and get on board the sanity of joining the Affordable Care Act. Health insurance and healthcare pre-Obamacare was nothing but a crapshoot for many of your fellow citizens, families, and friends.

The truth is coming out. The reality is coming out. Will you follow a failed ideology or that which will be in the best interest of your family and your country? Texas newspaper Dallas News, in the heart of Rick Perry’s country, is beginning to tell Texans the truth. Will you listen? Visit http://healthcare.gov and get real information.

Obamacare premiums projected to be lower than expected

WASHINGTON — Beginning Oct. 1, Dallas-area consumers will have a choice of 43 private health plans priced lower than expected under the online federal exchange of the Affordable Care Act, officials announced Tuesday.

The details — which insurers are offering plans, for instance — won’t be available until the exchange opens. According to a brief report from the Obama administration about the premiums companies plan to charge, however, a Dallas-area family of four making $50,000 a year could pay as little as $26 a month for health insurance once federal tax credits are applied.

Even if Congress fails to fund the government beyond Oct. 1, the administration is determined to make health insurance available to millions of uninsured Americans beginning Jan. 1.

“Many of the core parts of the health plan are operated under mandatory funding and wouldn’t be affected” by a shutdown, said Gary Cohen, director of the center for consumer information and insurance oversight with the federal Centers for Medicare & Medicaid Services.

Starting Tuesday, 6 in 10 uninsured Americans can get health coverage for $100/month or less —> http://t.co/M7U1eNvdvY #HealthCareIsComing

FACT: Thanks to #Obamacare, working families making $50,000 can get health insurance for less than $100/month. pic.twitter.com/lfmtFJIbAp