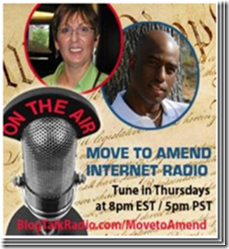 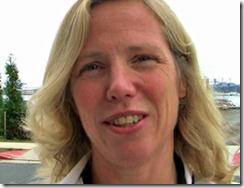 Margaret Flowers is co-director of Its Our Economy. She is a Maryland pediatrician. After graduation from the University of Maryland School of Medicine in 1990 and completion of pediatric residency at Johns Hopkins Hospital in Baltimore, Flowers worked first as a hospitalist and then in private practice. She left practice in 2007 to advocate full-time for a single payer health care system at both the state and national levels.

Flowers served as Congressional Fellow for Physicians for a National Health Program during the 2009-2010 national health reform process. She organized briefings, lobby days and testified before the Senate Health, Education, Labor and Pensions Committee in June, 2009 and before the National Commission for Fiscal Responsibility and Reform in June, 2010. She was co-founder of the Mobilization for Health Care Reform. She is currently a spokesperson for PNHP and is on the board of Healthcare-Now. She has appeared in local, national and the international media. Flowers serves on the coordinating committee of the Health Care is a Human Right Campaign-Maryland.

Flowers views the struggle for health care as part of a broader social, economic and environmental justice movement. She joined our co-guest Kevin Zeese in March, 2011 as co-director of Its Our Economy in order to educate, organize and mobilize around social and economic justice issues and the democratization of the economy to reduce the wealth divide. She serves on the steering committee of PopularResistance.org which organized the Occupy Washington DC in Freedom Plaza. She co-hosts Clearing the FOG radio which airs on We Act Radio, 1480 AM and is published regularly in TruthOut, CounterPunch and AlJazeera English. 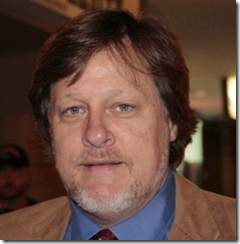 Kevin Zeese is co-director of Its Our Economy. He is an attorney who has been a political activist since graduating from George Washington Law School in 1980.  He works on peace, economic justice, criminal law reform and on reviving American democracy.

Zeese advocates for the democratizing of the economy as co-director of It’s Our Economy and works to oppose war and shrink the military budget through Come Home America. Zeese co-hosts, Clearing the FOG radio which airs on We Act Radio, 1480 AM.  Zeese serves on the steering committees of the Bradley Manning Support Network which advocates for alleged whistle-blower, Bradley Manning, and October2011.org which organized Occupy Washington DC in Freedom Plaza. He seeks to end corporatism and militarism.

His recent election integrity work has included challenging the activities of the national Chamber of Commerce through StopTheChamber.org,  as well as the activities of Karl Rove’s Americans Crossroads as part of AmericanCrossroadsWatch.org . He seeks to overturn the Citizen’s United decision, including filing complaints against Justice Clarence Thomas, as part of ProtectOurElections.org.  Zeese has also led the effort to prosecute Rupert Murdoch of NewsCorp for hacking into private phones and bribing officials.

Zeezse has been active in independent and third party political campaigns including for state legislative offices in Maryland, governor of California and U.S. president, where he served as press secretary and spokesperson for Ralph Nader in 2004.  He ran for the U.S. Senate in 2006 and was the only person ever nominated by the Green Party, Libertarian Party and Populist Party.