Bruce Olson is a well known resident of Kingwood, Texas that has never been a partisan fellow. He just wants responsible government doing the people’s work.  Bruce has had it so much so that he was compelled to send the letter below to his Congressman Ted Poe (R-TX). Ted Poe has made a mockery of his position. Ted Poe is no friend of the working class. 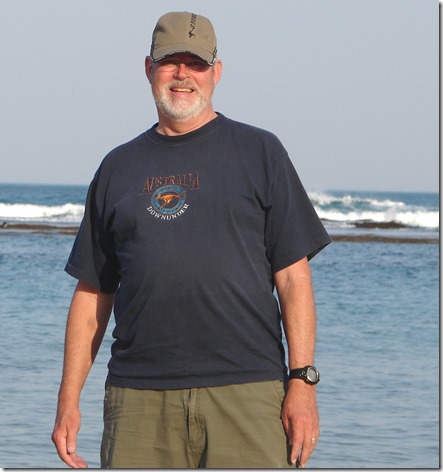 I received your Email yesterday about where you stand regarding the current funding shutdown. Thank you for sending it to me and keeping your District updated. However I must disagree and hope you will read me through as I think I deserve to be heard about this critical situation.

Regarding the shutdown, your logic is convoluted, your perspective distorted and your loyalty to America questionable.

The issue before Congress is to fund the government of the United States, not to re-debate settled and Constitutional healthcare law. If that is to be done it should be done using the constitutional process of making new law or changing existing laws without holding the threat of total shutdown to the heads of all representatives, senators, the president and the American people and our economy. To make that threat is not the American way, the Christian way, the ethical way and, by the way, the best way. What you are doing by attaching what I call “gotcha” clauses to the funding issue is extortion. It is unethical, it is lawmaking by threat and it is against the principals set forth in the Preamble to our Constitution.

You have convoluted the constitutional governing process and ignored good governance.

You distort the funding issue with your own party’s ever more minority agenda.

You put your party agenda about the single issue of healthcare before your country’s general fiscal and economic welfare.

You violate your oath of office to support and defend the Constitution which also includes the objectives and mandates to govern to provide defense, ensure justice and promote the general Welfare of America.

By weakening our government’s defense, its ability to provide justice and promote the general Welfare by financial strangulation and massive government furloughs you knowingly and with malice threaten the very future of America. You, Mr. Poe, are acting more anti-American than all American. By your actions that negatively harm all of us, Independents, Democrats and Republicans alike, I fear you are becoming an obstructionist and a possible traitor to the people of America.

I hope you read this. I hope you think my criticism harsh because it is. But it is true. Look in the mirror and ask yourself why you and the GOP are taking this course? What do you gain? What do the people of America gain compared to what they are losing?

The President did not cause this mess. The Senate did not either. The Democrats did not and certainly the Independents did not. There is only one group that did. The minority that demands overturning a settled law as a requirement to fund the entire government and soon to honor its debts did. It is you Ted Poe.

You say the President has not negotiated. By that statement you are become a twister of fact that some would call a liar. While you repackage your constant objective to kill the ACA with ever changing variations of how to do it and call that negotiating, the President and the Senate have offered to accept the GOP House budget levels which the President hates as much as you hate the ACA. The Senate has offered by Reid’s letter to Boehner to put everything back on the table in a conference committee, from healthcare to tax policy, immediately upon passing the clean funding bill that has passed the Senate and is sure to be signed by the President. If that is not negotiation, I don’t know what is.

Please, I beg of you , I demand of you by the ethics I know you have, change your position. Fund the government now and fight your Obamacare fight without bringing the entire country down.

To this Vietnam vet, to act in a manner you know could bring the country down borders on treason.

Bruce Olson Kingwood Texas Citizen and proud to be an American

Ted Poe needs a Democratic challenger. There is still time for someone to step up. Kingwood, Humble, and other areas in his district are full of qualified Democrats that would give Ted Poe a run. Be aware that anyone running against Ted Poe will likely get support from the Kingwood Area Democrats, Humble Area Democrats, and all the other local Democratic clubs.