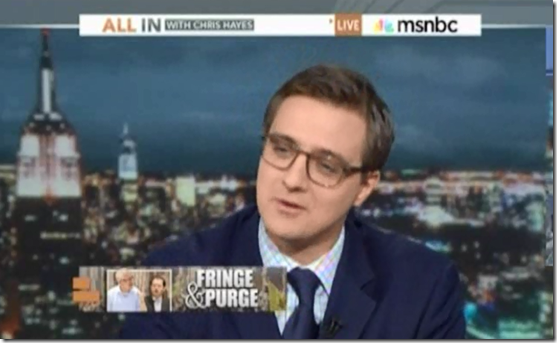 David Stockman, President Reagan’s director of Office of Management and Budget, is at it again. This time on All In with Chris Hayes he gave a stinging observation of what the Republican Party has become. In effect he defines them as a coalition of ideological gangs. Turns out he defines them as a gang of cons.

Following is a representative snippet of the segment where he breaks down the ideological gangs.

Chris Hayes: Now former Congressman David Stockman, Republican from Michigan. He was the director of the Office Of Management and Budget during the Reagan administration. He is the author of “The Great Deformation, The Corruption of Capitalism in America”. … You are someone who has kind of been in and out of the Conservative movement. You were a kind of a ‘purgee’ in certain ways. … How do you kind of understand this.

David Stockman: This isn’t surprising. The Republicans are no longer a political party. They are a gang, a coalition of ideological gangs. You have the neo cons, the tax cons, the social cons, and the just cons. … On the fundamental fiscal issues they don’t agree at all. It’s totally fractured. The neo cons want a bigger defense budget. We have a 650 billion dollar war machine. They did not get the memo that the cold war ended over 25 years ago. There are a few thousand terrorists left. You don’t need a war machine that big. By the way, when Clinton left the Whitehouse it was 400 billion dollars in today’s dollars. So they argue we can’t do sequester. We ought to be cutting much more. So that divides the party. Then you have the tax cons who still believe in the magic napkin. Just grow your way out of it. We’ve had 30 years to prove you can’t. …  We have the social cons, the social issue people who don’t care. An then all the Republicans who have been talking about big spending who won’t stand up and take on social security means testing. Not cutting the people who need it. …

David Stockman was the architect of Reagan’s supply side policies. He admitted in an article in the Atlantic Monthly, “The Education of David Stockman”, that the huge Reagan tax cut was a Trojan horse to bring down the top tax rate. He also admitted that supply side theory was just a method of selling trickle-down economics by a different and acceptable name.

Stockman has remained Conservative. He has all but dispatched the possibility of trickle-down economics, supply side economics working. He has been trying to atone for the severe damage Republican policies have exacted on the American economy for many years now. Hopefully more of his comrades, the ideological gangs will begin to listen.