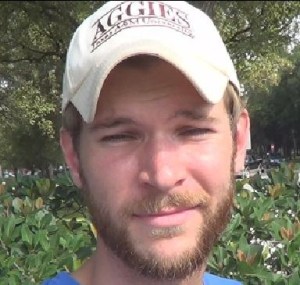 Bryan Henry, a teacher, writer, and Kingwood Area Democrat wrote the following Kingwood Observer article. Bryan is not a hyper partisan. He is a young teacher who simply wants functional government.

The Search For Statesmen

Now that the unnecessary, foolish, and irresponsible government shutdown has ended it may be helpful to discuss the role of the representative. Too many people seem to think that the representative’s sole purpose is to reflect the views of their constituents. Such an understanding is both flawed and incomplete, and may explain the dissatisfaction felt by everyone from Tea Party “republicans” to progressive Democrats towards their representatives in Congress.

First, the assumption that a representative should simply reflect the views of their constituents is flawed because on any given issue it is difficult to know exactly what “the people” think. Even if Representative Ted Poe took a tally of the district’s political views on specific issues it would be difficult to reflect the perfectly reflect the will of the people. And whose voice counts? Only those who voted for him? Does he not also represent the other people within the district? What if a majority of the district decides that it supports same-sex marriage? Should he also support it? What if those who elected him are only a small percentage of registered voters? Is his job really to please them with every vote?

Those who assume that representatives are delegates and therefore should be “punished” in the primaries for daring to not follow orders from a specific group (usually the base of the party) fail to consider that representatives are also trustees who in many instances simply know more than the people on many specific issues. Are we really to assume that our representative doesn’t in many instances possess intelligence, insight, and experience that we lack? Are we really to expect them to vote how we would vote? Representatives are elected to make difficult decisions, work out compromise, make necessary deals, and above all else govern.

Too many representatives have been elected by people who focus solely on the “delegate” side at the expense of the “trustee” side and the result is that representatives now seek to reflect the views of the loudest faction at all times in order to stay in office. We must ask ourselves: what good is a representative who seeks to reflect the views of people who are the victims of lies, misinformation, or ignorance? At times the representative must play an educative role by explaining complex issues to their constituents rather than cowering from the mob’s irrational tantrums. You may think that a “trustee” is an elitist, but often what we need are statesmen whose judgment is wiser than our own. On some level, we want leaders superior to ourselves.

All of this aside, voting matters. If we want representatives whose sole purpose is not to crusade on behalf of the Tea Party then we have to elect them to office. The stability and effectiveness of our government depends on it. If we want a government that works well, then we have to elect representatives who believe in government. The government shutdown was a reflection of our own expectations. We need discerning statesmen, not anti-government crusaders. In 2014 let us find them and elect them so we can leave this unfortunate chapter in our history where it belongs: in the past. 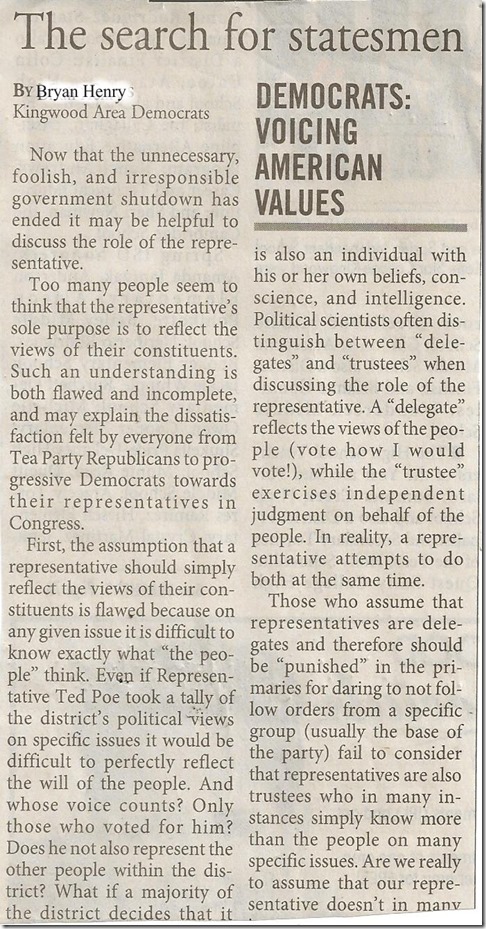